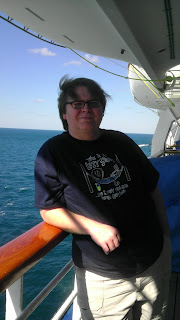 All is well and life is good. It's not the end of the world, and I feel fine. This year has been a whirlwind, except here at Easily Mused, where it's been more of a mild zephyr, failing to disturb the smallest of tumbleweeds. Part of me wants to feel guilty for not posting on a regular basis, but feeling guilty would be narcissistic nonsuch. 99% of all blog posts are merely feathers that flying elephants really don't need to stay airborne. However, I may find it useful in my declining years to remember what happened in 2012 B.F.C. (Before Flying Cars), so here's a quick up-to-date:

After years of poor health caused by stress, poor diet, heartbreaks, and obnoxious infomercials, I regained a solid footing in the land of the living. Obama won his battle. Twinkie The Kid lost his. Heather Honey and I got married in July and took a honeymoon cruise to The Bahamas in November. Marijuana was legalized in Colorado and Washington. Twinkie The Kid died of sheer irony. I made solid attempts to begin recording my strange compositions, but recording efforts were stalled, mostly by the writing of other, stranger compositions. Folks up north were dismayed to discover that their insurance policies contained no Sandy Clause. Across the country, bad puns induced painful groans. My daughters started wearing glasses, and then started listening to the music of Col. Bruce Hampton and Donna The Buffalo. I briefly became addicted to slot machines, but then (mostly) switched to pinball machines, which are less expensive. Extreme conservatives threatened to do something reasonable, just to change things up a bit. Being Entertainment Director of a well-frequented dueling piano bar proved to to be a challenging, but rewarding experience. I bought several new shirts, two neckties, and a straw hat, in Freeport, where shots of Rancho Loco tequila are only a dollar in some well hidden locations, twenty steps from the gangway. I quit smoking at least twenty times. A+ for tenacity! Heather discovered she had literally worked her fingers to the bone, but a few shots ( the doctor kind, not the dollar kind) alleviated the pain. I watched The Caine Mutiny for the first time, right after the cruise. Strawberries???? Get it together, Queeg! I resigned myself to being a lo-fi legend, like R. Stevie Moore, who sometimes plays college gigs dressed in Mickey Mouse pajamas. I took a sabbatical from reading comics, although Pogo and Nancy collections are on my radar. I became burned out on the superhero genre when I realized that every story is essentially the same retelling of the good triumphs over evil meme. Currently, I am only interested in the individual styles of artists, comic and otherwise. Noodles The Cat scratched up 24% of my records, which were mostly flea market rubbish anyway. Gabby The Fat Cat scratched up our sofa, which will be fully paid for in two months. Many notable people died. Many future notable people were born. Twinkie The Kid rose from the grave zombie-style, promising "big delights with every bite." The American Economy moved forward, albeit sluggishly. The American slug moved forward, albeit economically. Paragraphs expanded like middle age waistlines. I ate frog's legs, which really do taste like chicken, but are still the legs of a frog, after all. I bought a new lamp for the living room. The future looks bright!

Up Next! Blog Redesign 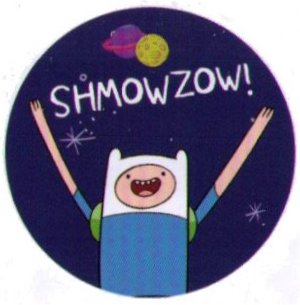