Which CBS Shows Are Coming to Netflix? 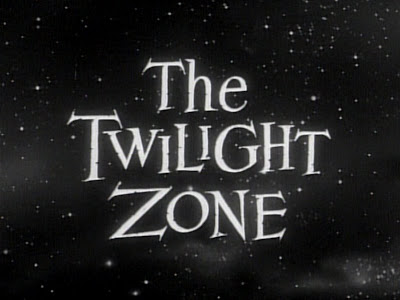 Netflix recently reached a deal with CBS to begin streaming shows from the CBS library in April. The press release mentioned that "dozens" of shows would be offered, but only the following shows have been announced:

This is a long way from "dozens," so what other shows will be streaming? I don't think "I Love Lucy" or "The Honeymooners" will be available, because I think they would have announced that in the press release. Perhaps the folks at Netflix thought the price was a little too high for those titles, but that's pure speculation on my part. Assuming there are a dozen slots left to fill, I think we might see the following, a mix of programming aimed at different segments of the viewing audience:

That seems like a pretty safe list of shows. Now if I was a buyer for Netflix, and I had a dozen more choices from CBS's massive list of acquisitions, this is what I would pick:

According to this list, any of these titles and more are possible. For classic tv fans like myself, April just can't come fast enough! What do you hope is in the CBS/Netflix deal?

Note: Your memory is not faulty. Many of the shows currently held by CBS originally aired on other networks.
Posted by John Glenn Taylor 1 comment:
Email ThisBlogThis!Share to TwitterShare to FacebookShare to Pinterest

I'm Not Dead Yet!

A short time ago, I made the announcement that my little bloggeridoo would confine itself to the subject of comics. The sound reasoning behind this decision was that people who had become frequent visitors to this blog to see comics-related posts would probably be turned off by posts about other forms of pop culture that are equally dear to my heart.

Since I made that announcement, I have had a blue million ideas for blog posts, and only three of them concerned comics. Being a man of my word, I did the only sensible thing possible. I stopped blogging. Of course that was only a stop-gap solution.

I've never claimed to be an expert in anything, but my love, in equal amounts, for comics, music, movies, animation, and television truly knows no bounds. That is why I can't limit the scope of Easily Mused. I could start other blogs, but I prefer to have just the one, at least until I launch my songwriting blog in March (he said nervously).

A sincere apology to anyone who visited just for comics stuff. I would if I could but I can't so I won't.
Posted by John Glenn Taylor 1 comment:
Email ThisBlogThis!Share to TwitterShare to FacebookShare to Pinterest
Newer Posts Older Posts Home
Subscribe to: Posts (Atom)