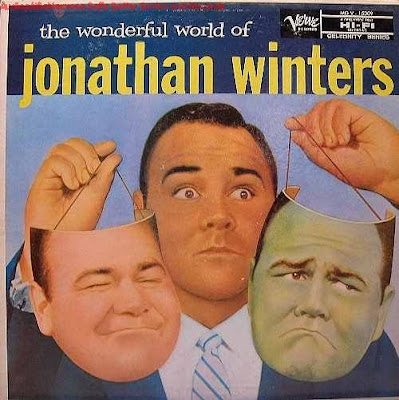 If you happen to be in your late thirties as I am, it's possible you may have first encountered Jonathan Winters as I did, in the personage of Mearth, the fully grown baby on Mork & Mindy. The key to understanding the Mearth character is that Orkan minds age normally, but their bodies age backwards. Little did I know at the time how profoundly Mr. Winters had impacted the comedic style of the show's star, Robin Williams, and indeed, comedy itself.

Jonathan Winters is 85 years old and he has recently released a new album called Final Approach. Show biz being what it is, I have a hunch that Jonathan possibly has not raked in the millions of dollars that us Winters fans believe he is due because he is a genius who has made us laugh in ways that would trouble most sane people. It also seems a given that buying this album might provide Jonathan some additional financial security that has been well earned in a career spanning more than half a century. 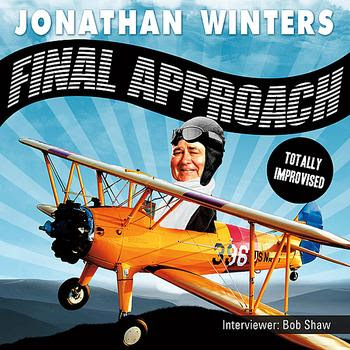 That is why I am declaring today "Let's Buy Jonathan Winters a New Hip Day" on Easily Mused! I hope that today's JW exhibits will persuade at least a few people to plunk down the dough for Final Approach, which just might contain the last new Jonathan Winters we homo sapiens will ever be lucky enough to hear, although hopefully not. 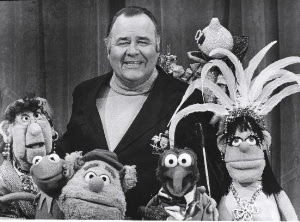 Disclaimer #1: I haven't yet bought this album, although I will be purchasing it in the next few hours, as should you. I have seen some reviews, and they are mixed. I don't believe anyone expects an 85 year old man to be in peak form, but that's hardly the point. If Jonathan Winters has EVER made you guffaw, snort, or cackle, then you should buy this album if for no other reason than to say thanks for making life a little more pleasant, at least momentarily.

Disclaimer #2: I don't have a personal relationship with Mr. Winters, and so I can't swear that he needs a new hip. Hell, for all I know, he's already got one. All I know is that Jonathan will never stop becoming other people, and some of these transformations might be strenuous enough to cause medical problems. Have you ever transitioned from a Georgia peach farmer into Kaiser Wilhelm? It can't be as easy as he makes it look. Lets help make Jonathan's last years fulfilling and devoid of worry. 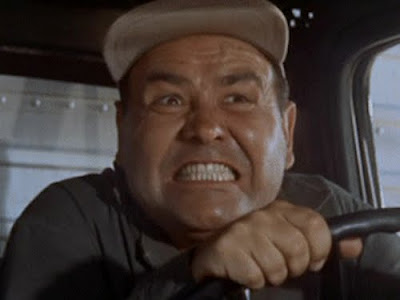 I'm beginning the sharing today with a piece of video even hardcore Winterites may not have seen. Taped November 20, 1973, this episode of the public television interview show Day at Night features Jonathan in a reflective and uncharacteristically serious mood. It is rare indeed to experience Jonathan this way, and quite enlightening as well. Props to CUNY TV for posting this on YouTube. Enjoy.

Here is one half of the legendary Hanna-Barbera duo, appearing on To Tell the Truth in 1975. Hanna was there to promote the new partnership between HB and King's Dominion. I doubt he expected to be told that he looked like Yogi Bear.

And Now A Word From Our Sponsor...

While I am waiting to receive the new Ernie Kovacs dvd set from Shout! Factory, here's the man himself, extolling the benefits of his nifty sponsor, Food. This clip dates back to 1952, when Kovacs did a brief stint hosting a morning show, Kovacs on the Corner, on NBC's Philadelphia affiliate WPTZ.

If you are planning to order The Ernie Kovacs Collection, note that you get a bonus disc if you order directly from Shout! Factory.
Posted by John Glenn Taylor No comments:
Email ThisBlogThis!Share to TwitterShare to FacebookShare to Pinterest

Schooled by the Godfather 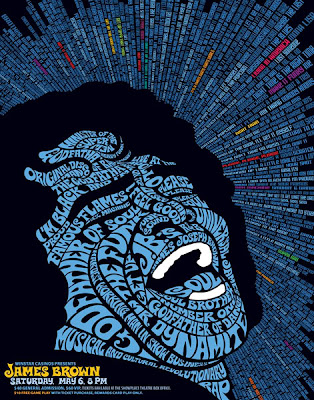 If music was a drug, too much of what passes for music nowadays would fall into two categories: sexual aid or depressant. Now is the time for a revival of the kind of song that makes one's toes tingle with delight. A whole generation of disillusioned young adults have wrapped themselves in a blanket of rage-filled metal and sexually-charged dance music. They have no conception of the true power in music, power to heal body and mind and to foster optimism, goodwill, and a sense of purpose.

By the way, there is no shortage of talented songwriters and musical performers today. The problem, in a nutshell, is that the public cannot access their music on the radio, and, in this hectic workaday world, one can not always afford the time needed to seek out fresh sounds.

And now, a special musical message from a legendary entertainer. Take it away, James!

"It's a New Day, Part 1," from the James Brown anthology Star Time.
Posted by John Glenn Taylor No comments:
Email ThisBlogThis!Share to TwitterShare to FacebookShare to Pinterest 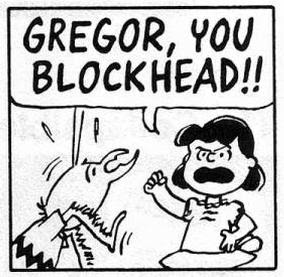 Gregor Samsa has awoken with two problems. Not only has he somehow been transformed into a huge cockroach, but he has also been transported into the wacky world of Charles Schulz's Peanuts gang. This development comes courtesy of R. Sikoryak, a master of such world colliding.

I have not yet obtained a copy of Sikoryak's Masterpiece Comics book published by Drawn and Quarterly, but I soon will, and I think it's safe to recommend it to literary-minded comics fans, based on this excerpt first published in Raw Vol. 2, Issue 2 (1990) and another story I read in Drawn and Quarterly #4 (2001) in which the enterprising artist retells Arthur Miller's The Crucible using Little Lulu characters. Fascinating juxtapositions. 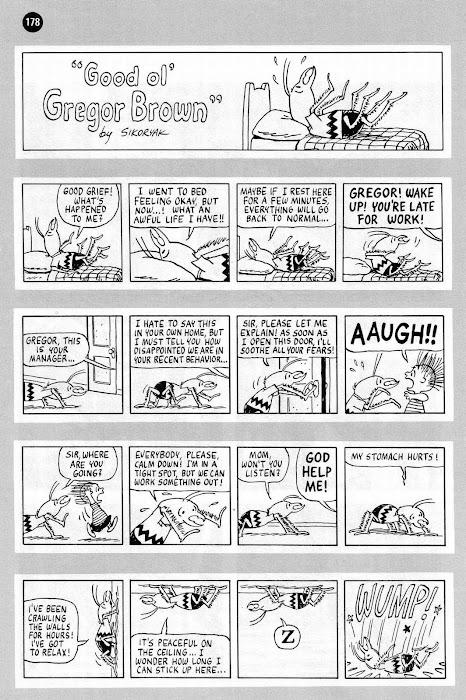 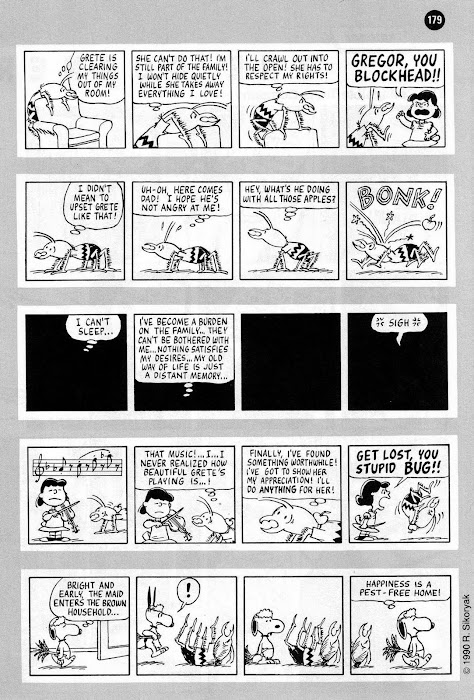 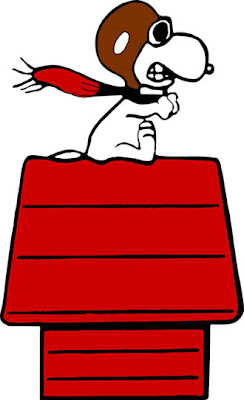 Greetings friends! JGT here, back from sabbatical to once again shine a light on the geniuses, both well-known and forgotten, that make this world a most wondrous place in which to live, in spite of all the troubles.

I won't go into great detail about my activities in absentia, but, minus blogging on a regular basis, life rolled on pretty normally. The major difference is, since I cancelled my cable, all the time I used to spend flipping from channel to channel is now being used to enjoy the media I could never seem to find on the cable grid. It's very liberating, and I highly recommend it. 90% of every generation's culture is crap and I don't have time for it. Unless it's interesting crap. Like Fernwood 2-Night.

If you look to the top right of the blog, you will see that I have selected six main labels for all the content on this blog. If you're just into comics, you won't have to weed through posts about television to find what you're seeking. Thanks to my old friend Anonymous for suggesting this solution. A special thanks to me for taking on the tedious task of retagging 90% of my posts. I also took the liberty of removing entries that featured dead YouTube clips or mp3 links.

What can you expect from Easily Mused going foward? Choice moments from the long history of comics, television, music, cartoons, and movies, that's what! I firmly believe that dissemination of culture is vital to the health of any civilization. The conglomerations that control our cultural history will, by and large, never see beyond their bottom line, will never realize their responsibility to be good stewards of the great legacy that has been left to us by thousands of artists who made it their mission to give us songs to sing and thoughts to ponder. It's up to people who are truly passionate about such things to share, share, and keep sharing. It's not only fair use, it's medicine for the world's ills. Nothing stifles destruction like creativity.

I truly hope Easily Mused will be a blog you will want to visit on a regular basis, to learn, listen, laugh, and be inspired to perhaps make your own masterpiece.

In short, I think you're in for a hell of a ride.
Posted by John Glenn Taylor No comments:
Email ThisBlogThis!Share to TwitterShare to FacebookShare to Pinterest
Newer Posts Older Posts Home
Subscribe to: Posts (Atom)