I took a sabbatical from regular blogging and my blog muscles got all soft and squishy. Such is life. There were no major crises, illnesses, or deaths in the family. I generally have thought it unnecessary for a blogger, after an absence, to apologize for being away from his or her post(s). I don't think anyone's life is drastically affected when I don't show up to share an old comic or ramble on about the greatness of Bob Denver. But it did occur to me that a few of you might have gotten used to my visits, and might have been a little concerned by my extended absence. If that's the case, I'm sorry, and I promise to let you know henceforth if I'm going to be absent for a while, to save your mind from conjuring up nasty images of me being devoured by a pack of wild bears sporting beanies and singing, in voices a little husky in the ferlin, "Guantanamera."

While I was out, I came up with a plan to better execute my blogging activities. The plan now is to have multiple blogs, each covering a particular passion. The first of these is rolling out today. The Dusty Trail, named in honor of Sherwood Schwartz's attempt to remake Gilligan's Island as a western, is a television blog focusing only on shows that came and went and are mostly forgotten. Some of them are real gems and deserve their cult status. That's the case with today's offering, a complete episode of The Partners, a cop comedy starring Don Adams that probably failed because it was put up against All In The Family in 1971, when that show was merely the highest rated show on the air.

Another blog, tentatively titled Comic Book Wonderland, will focus on what my Mom always called funny books, again eschewing the super popular for the obscure but entertaining. The Jack Kirbys of the world get enough coverage, thank you. Last, but hopefully not least, Eastern Standard Time will be a place where I can unleash my own creativity in song form. With a little luck and support, I intend to be the next R. Stevie Moore. Hell, maybe even the next Paul Williams.

Easily Mused will become a sort of hub for all these activities, a place to link to cool things I find in my surfing sessions, make pithy observations about the Decline of Western Civilization and do my part to facilitate the Renaissance that will follow the coming Apocalypse. Or something to that effect.

My humble hope is to have fun, make a few friends along the way and become the Supreme All-Being of Space and Time. 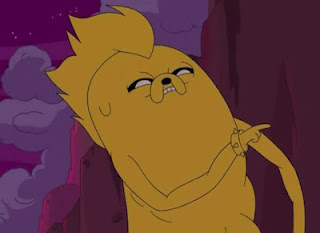