"I See Music In Colors": A Self-Interview By Songwriter John Glenn Taylor 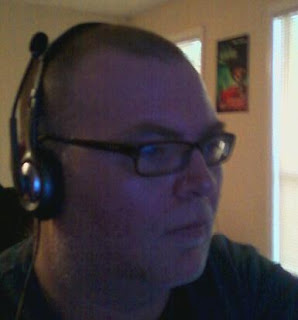 Because I am somewhat reclusive, I often feel that I am misunderstood by even the people I consider to be my friends. I've prepared this self-interview to hopefully correct any misconceptions people may have about me or my music.

Q: Your full name, which you use on Facebook and on your music releases, is John Glenn Taylor. Were you named after the astronaut John Glenn?
A. No. My mother's name was Glenda. I use my middle name to honor her memory and so as not to be confused with John Taylor, one of the members of the 80's pop group Duran Duran.

Q: You have just recently started sharing your songs with the public. Why is that?
A: I've been writing songs for about twenty-five years. About 75% of the songs I've written no one will ever hear. I liked them when I wrote them, but when I revisited them later, they seemed very amateurish to me. It's taken me a long time to find my voice, I'm still trying to find it. I have so many influences, it's hard to distill into a singular voice. Also, real life responsibilities have often made it necessary for me to put my songwriting aspirations on the back burner.

Q: What was your childhood like? A. It was the perfect childhood to create an artist! I was raised in poverty. My father was an alcoholic and this caused great strife in our home. My parents argued constantly. In order to survive, I had to develop a keen imagination. My first outlet was drawing. I drew constantly.

Q: What was your experience in school?
A: I enjoyed the learning aspect, but socially, it was a nightmare. I have Asperger's Syndrome, which means that I have trouble communicating socially. Eye contact is a problem, for example. It didn't help that I was the fat kid with glasses, and later, zits. Needless to say, I was kind of an outsider. Again, my imagination was a lifesaver, a way to escape a reality I couldn't process.

Q: People with Asperger's tend to excel in certain areas. Is that the case with you?
A: Definitely, AS has helped me to become more proficient as a musician. I "see" music in colors, based on the kind of psychic energy the song is emitting. I tend to gravitate towards positive energy songs, which are mostly yellow or orange. I tend to stay away from the negative energy of black music, no racial implications intended. It disturbs me how many people only listen to dark negative music. I don't think many people realize the true power that music has to influence their moods and behavior. The thing about Asperger's, it's not a disease. Everyone falls on the Autism Spectrum somewhere. I just fall a little higher. It doesn't bother me in the least. It sometimes bothers me to be considered aloof, pompous, or dumb by people who don't understand me. 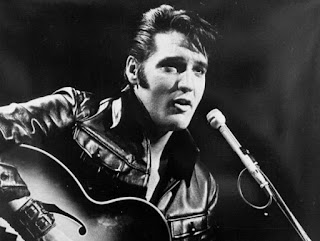 Q: What were your earliest musical influences?
A: I was 4 the summer Elvis Presley died and it had a profound impact on me. The coverage of his death was wall-to-wall. Radio stations aired Elvis marathons. TV stations were showing all of his movies. I became a rabid fan of all things Elvis. Especially the music. After that phase subsided, I really wasn't into music at all until I became a teenager. All of my creative efforts were put into drawing. I dreamed of becoming a comic book artist or a cartoonist.

Q: When did you start playing piano?
A: I really became interested in playing piano when I was around 15. I have to back up and say that my father was and still is a musician, from the Chuck Berry school. He bought me a miniature guitar and showed me some chords when I was around 5. I played for a little while but lost interest. When I was 14, my family moved to a house in the country, in the middle of nowhere, no neighbors, nothing to do. We happened to have an old piano in the house. I started playing out of sheer boredom.

Q: What was the first thing you played
A: I picked out the melody of "Inspector Gadget." Then I taught myself the major chords and learned how to play a simple 12 Bar Blues with a very rudimentary bass line. Two weeks later, I was making up songs. For the next few years, I would often practice three to six hours a day, but it was fun.

Q: And you had started listening to music again?
A: Yes, a few years earlier, I had begun to notice music again. I really loved Billy Joel's song "Movin' Out" and Huey Lewis & The News' Picture This and Sports albums. At first, I listened to a lot of Top 40 stuff. INXS, LL Cool J. Howard Jones. Then a very transformative thing happened. 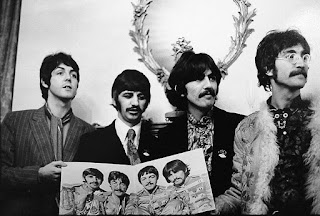 Q: What was that?
A: To set the scene, I must say that at this time in my life, I was very depressed, borderline suicidal. I didn't think I would ever fit in with others or find happiness. One of the radio stations I listened to was WRDU 106.1, "The Home of Rock & Roll." Well, they staged a Beatles A to Z weekend and it completely changed everything for me. Like most teenagers, I had a very pinheaded view of The Beatles. Moptops, matching suits, head bobbing, yeah yeah yeah. But then I heard "Across The Universe." Then I heard "Back In The USSR." I stuck some blank tapes in my boombox and started recording. It was a real epiphany. Music as art. Music as instrument of creative self-expression. For the first time I felt I was not alone in the universe. It literally saved my life.

Q: What other music influenced you at that critical time?
A: I became a musical explorer, delving deep the history of popular music. I loved Motown and Stax. All the British Invasion stuff. I bought a new stereo with a cd player. The first CD I bought was Randy Newman's Sail Away. The second CD I bought was The Band's anthology To Kingdom Come. I went through a David Bowie phase, a Frank Zappa phase, an Elvis Costello phase. The band XTC had a huge influence on me. Elton John. ELO. I found that I preferred songs with killer hooks and interesting melodies. Arrangements were also important. I was a sponge, open to anything. Except overt negativity, which completely turns me off. As Pete Puma might say, "Gives me a headache!"

Q: Do you remember some of your first original songs?
A: Absolutely. Since I had little in the way of life experience, the lyrics were pretty silly and contrived. I wrote a song called "Tropical Man," about a dude who gets tired of the rat race and relocates to the jungle. I wrote a song about a Russian who escapes over the border, but must leave his true love behind. It was called "Thinking Of Greta." Pretty absurd B-movie type stuff. "Let's Dance In The Nude." "Rick O'Shay." Pretty embarrassing.

Q: Did you make an effort to record and share these early songs?
A. Yes, I made demos. I went to a few studios. I also borrowed a friend's dad's 4-track recorder for home recording. I sent some songs to some publishers and record companies, and received their politely worded rejection slips. The important thing writing songs did for me at that point was to give me an outlet for my feelings and to help me become a better piano player.

Q: Are you completely self-taught?
A: No, I studied music at community college for about two years. I learned a lot about intervals and dynamics. Augmented chords, diminished chords, inversions. Lots of handy tools for my toolbox. Ultimately, I ran out of funds and had to get a full-time job.

Q: How has your songwriting evolved over the last twenty-five years?
A: I've gone through different periods. I tried to write things that sounded commercial, but I quickly became bored with that. For a few years, while I was living in Alabama, I mostly wrote country songs. Some of those are pretty good and may see the light of day eventually. I basically just draw upon my influences and mix them together to make a new concoction. One song might have traces of Steely Dan, Johnny Cash, and The Clash. I like genre-blending. I don't do it consciously, but I notice it after the song is finished. I also have a number of life experiences under my belt, so lyrics come easier to me.

Q: Which comes first, the melody or the words?
A: 99% of the time it's music first, then lyrics. The melody suggests a feeling for what the subject matter might be, and then I just plug in the words that fit that subject. 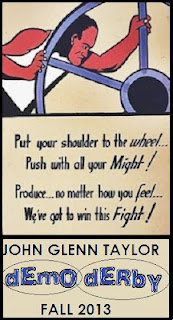 Q: What do you hope to accomplish with the upcoming release of your first album Demo Derby this Fall?
A: Right now the name of the game is just having my music noticed, getting my music to the ears of people who might enjoy it. I ultimately hope that one of my songs will be covered by another artist or band or used in a movie or tv show. I have no desire to be in the spotlight. I'm enjoying having these songs exist in a fixed form, instead of just in my head. Monetarily, I think it would be great to have some extra funds to put aside for my daughters' college fund. Look, there are 7 billion people on this planet. You can't convince me that I can't snag a few thousand of those for a fan base! 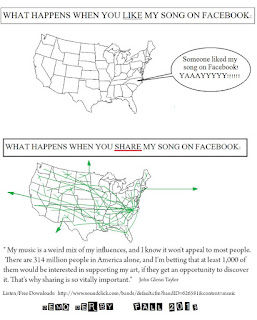 Q: If they can hear your music.
A: Sharing and networking is crucial. I'm signing up for independent radio stations, entering songwriting contests, trying to increase my web presence in different ways. I understand that people are busy with their own lives, but it takes so little effort to hit the share button on Facebook. One keystroke and I might get two more fans. And they might share, and suddenly I have fifty fans. Then 200. It really is that easy.

Q: What new music inspires you nowadays?
A: I make a conscious effort to not listen to what's new  because I don't want to be influenced too much. I like The Black Keys and some of the Vampire Weekend stuff. I loved Cee-Lo Green's "F**k You," which is basically just a fresh take on the classic Motown sound. I'm getting more and more into jazz, and it is definitely influencing my sound. Other bands I'm digging right now: Of Montreal, The Pillbugs, anything with a catchy melody.

Since this interview was published, I have created a new entity, Frontier Cabin, for my Demo Derby project. The following links will be useful to anyone interested in keeping up with my present and future indie music exploits:

Each site will contain unique content, so bookmark them all!