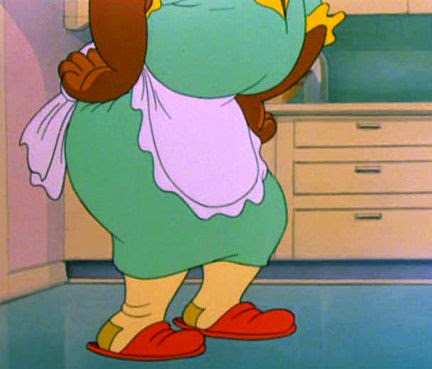 The news is out that Amazon Prime Instant Video subscribers who watch Tom and Jerry cartoons will first be greeted by a warning that these cartoons are "racially prejudiced." This has many classic animation fans up in arms. "The PC police have gone wild!" they'll say. "There's nothing racist about these cartoons."

As far as these fans are concerned, that is absolutely true. Classic animation fans watch classic animation to laugh and be entertained. They watch them to study and celebrate the history and process of animation, sometimes going frame by frame to see how a particular gag is executed. They are well informed about the people that were involved in the creation process: the directors, writers, voice actors, background designers, et al.

Moreover, they do not view a character like Mammy Two Shoes as being particularly racist. They see her as a funny character, ready to give "Thomas" his just desserts if he steps out of line, which he often does. They even feel genuine affection for her, so much so that they are willing to defend her against her detractors.

There is nothing wrong with that. They are coming from a pure and honest place.

However, the history is in on Mammy Two Shoes. The mammy archetype is deeply offensive to many Americans, and they are also not wrong to be offended. Nor is it wrong to warn people in advance that what they are about to watch contains an archetype they might find offensive.

If you have a hard time understanding why Mammy Two Shoes is offensive, then this Authentic History Center article should help you to understand, but be warned that it does contain advertisements and other ephemera that are deeply offensive. There are also articles on the same site that address other racial stereotypes.

Although it happens way less often than our "fair and balanced" news media would have us believe, I believe this is actually a case where the positions of two opposing factions are equally reasonable and acceptable. 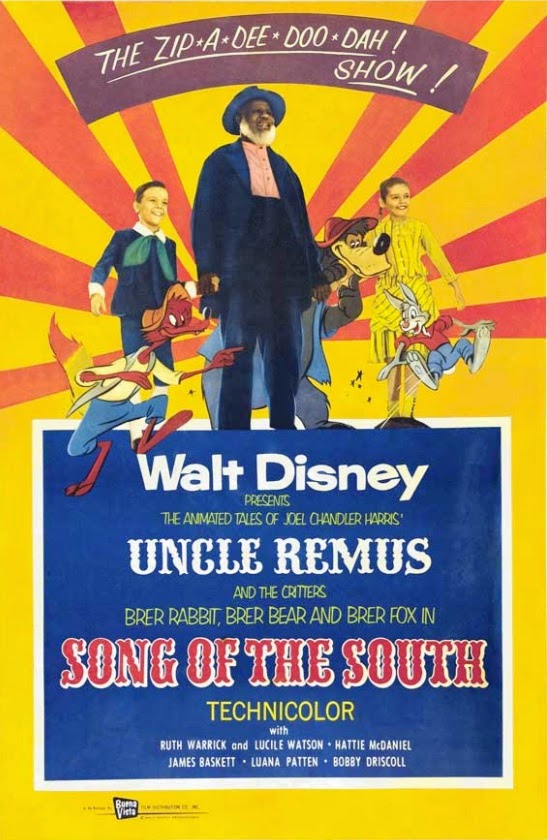 It would be wrong to lock away or burn Tom and Jerry cartoons. It's wrong that Disney will not make available Song Of The South. It's hypocritical to think Song Of The South must be banned, while Gone With The Wind gets the deluxe box set treatment.

Censorship is wrong, period. It lessens us as a society of free-thinkers. It robs us from learning from mistakes in our nation's past.

Michael Kupperman Is Great So Buy All His Comics! 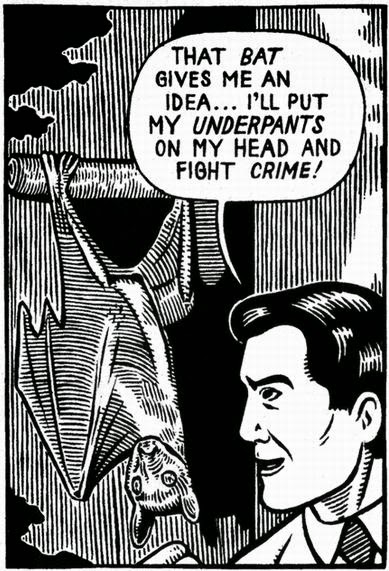 Do you like humor that is deranged, yet also droll? Do you like comics filled with non-sequiturs? Do you like woodcut drawings? Did you ever wonder what kind of delightful hijinks would transpire if a snake and a piece of bacon got together?

If you answered yes or no to any of the above questions, you need to check out the work of Michael Kupperman, creator of Tales Designed To Thrizzle.

When I read Michael's stuff, I somehow feel it was made especially for me, and that doesn't happen very often. Then, when I realize other people obviously enjoy his comics, I feel a little less alone in the universe.

I just found an old Kupperman strip in an issue of Fantagraphics' Zero Zero (#26). Back then, Michael was operating under the pseudonym "P. Revess."

I hope it whets your appetite for more, and I hope you buy all of Michael Kupperman's comics, because he is a genius of comics, and geniuses of comics should be supported. 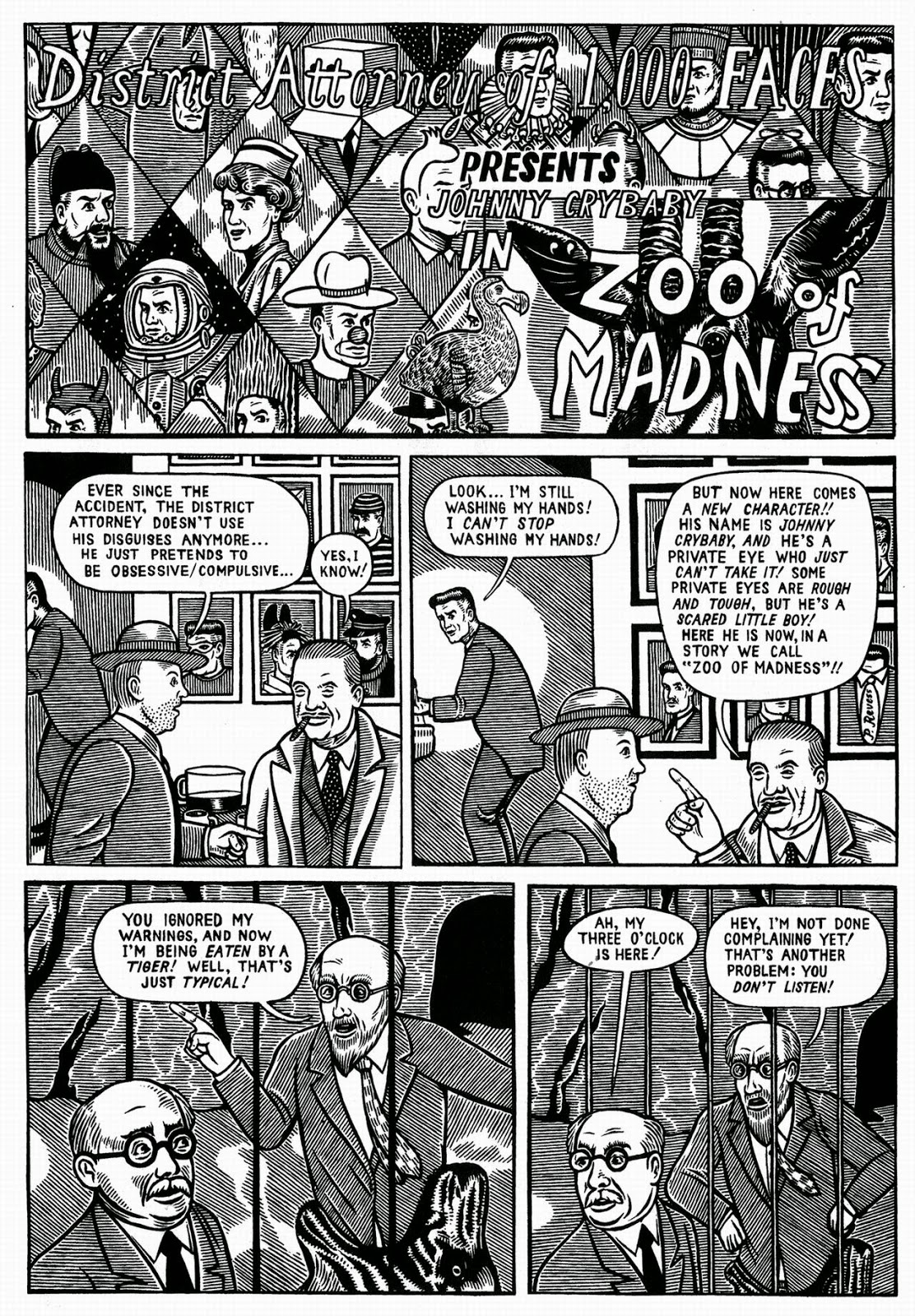 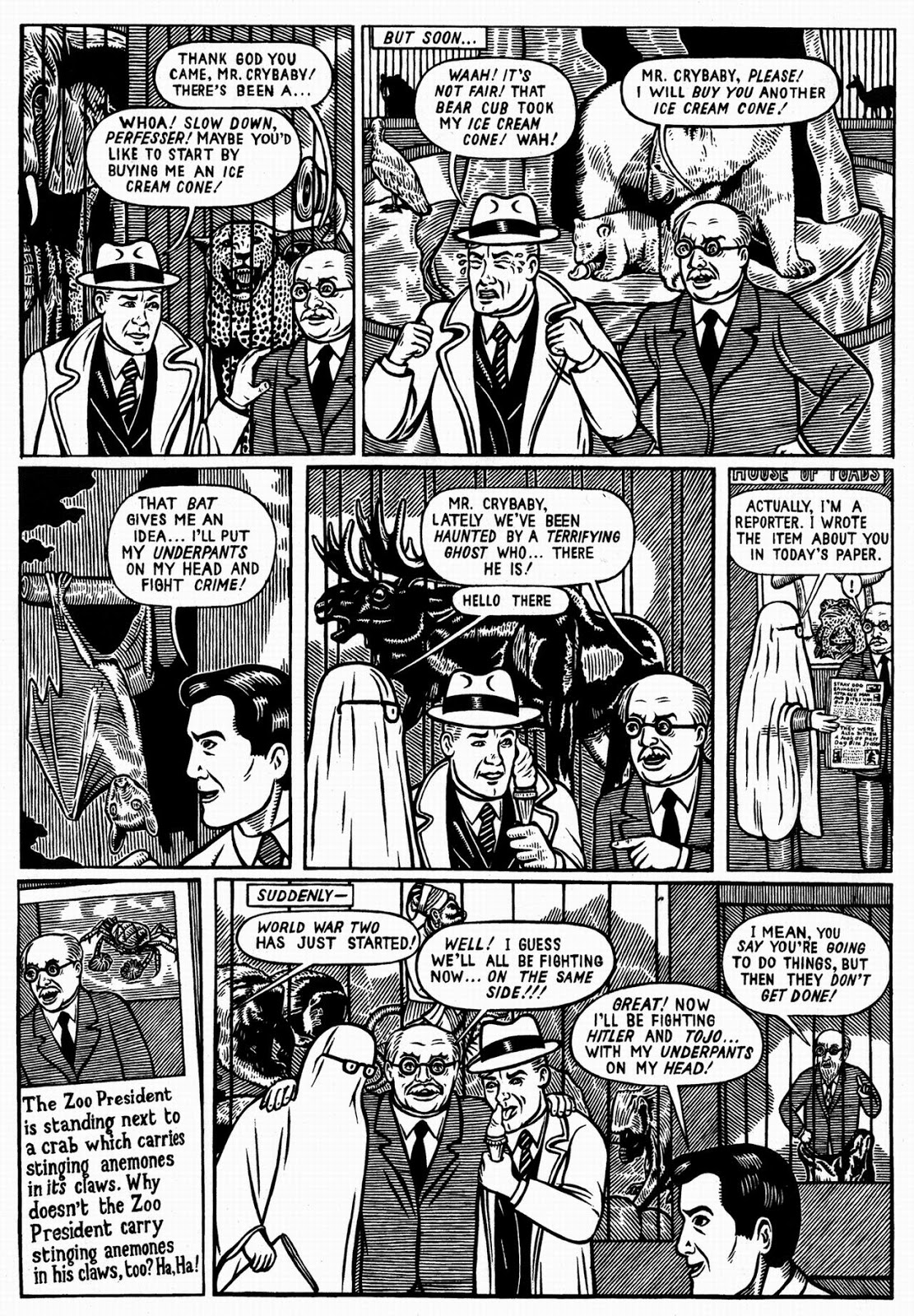 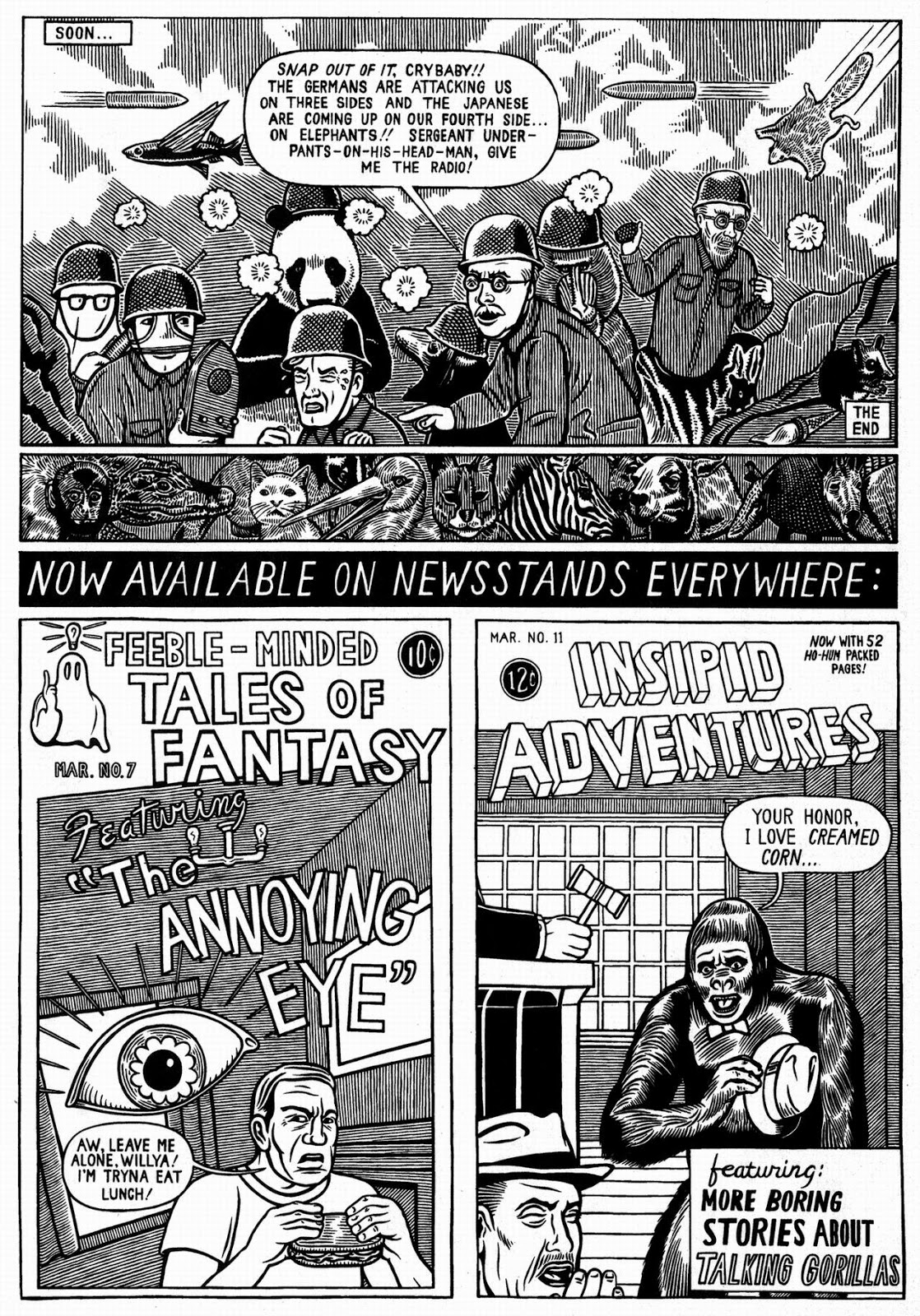