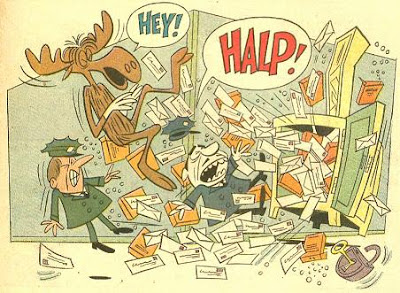 Has it really been 50 years since ABC broadcast the first earth shattering installment of Rocky and His Friends? This certainly is a cause for great celebration! If it only could be stated that just one of the modern cartoons that children watch today had one-tenth of the spark of imagination that Jay Ward's moose and squirrel show had, America would be a much better place. Much praise to Jay Ward and his friends for tickling our funny bones without insulting our intelligence, for teaching us how to pun, and for schooling us in the ways of unbridled silliness. Silliness, one may remember, is an art form that was popular in the 20th Century, before things got so (ecch) serious. It has largely been replaced in cartoons today by obnoxiousness, which is so non-silly it's ridiculous.

And now, watch me pull a comic out of my hat... 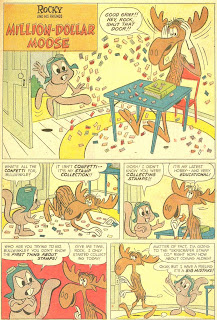 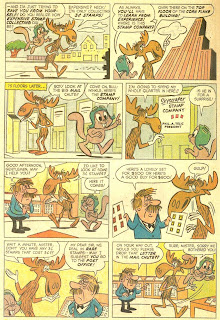 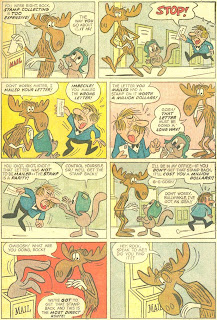 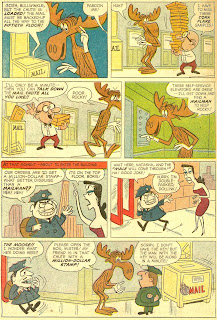 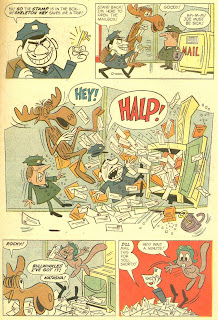 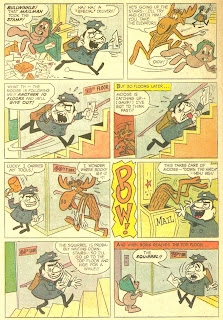 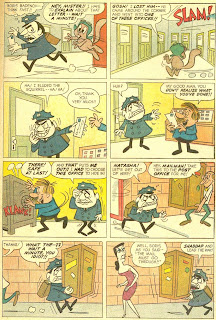 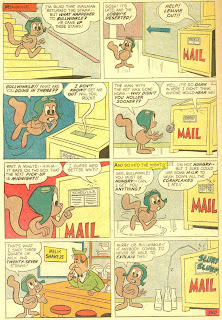 Always loved the name of Boris and Natasha's boss: Fearless Leader. And what college did Bullwinkle play quarterback for?

That's not Al Kilgore art. I don't know who it is but it's definitely not Kilgore.

Mark: Corrected, thanks. Another fine mess the GCD has gotten me into...