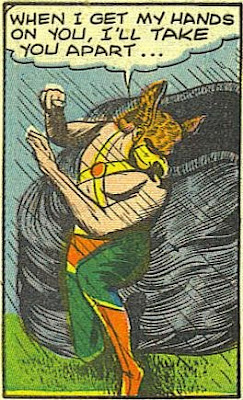 Today's comic scan is a Hawkman tale from Flash Comics #49 (January 1944), scripted by Gardner Fox and drawn by the inimitable Sheldon Moldoff, whose work is somewhat cartoony but nevertheless full of arresting details. Moldoff would later become one of Bob Kane's primary ghost artists on Batman, from 1953 to 1967 . In an interview published in Alter Ego #59 (June 2006), Sheldon recalled, "DC didn't know that I was involved; that was the handshake agreement I had with Bob: 'You do the work and don't say anything, Shelly, and you've got steady work'. No, he didn't pay great, but it was steady work, it was security. I knew that we had to do a minimum of 350 to 360 pages a year. Also, I was doing other work at the same time for [editors] Jack Schiff and Murray Boltinoff at DC. They didn't know I was working on Batman for Bob. ... So I was busy. Between the two, I never had a dull year, which is the compensation I got for being Bob's ghost, for keeping myself anonymous". 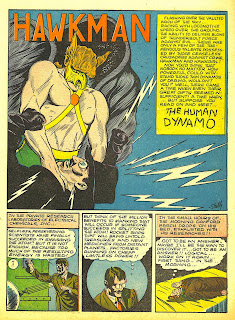 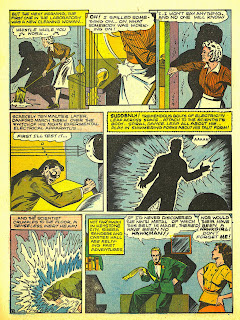 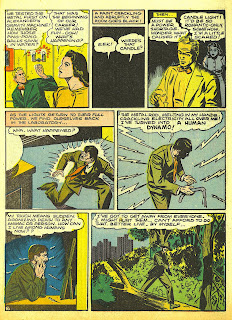 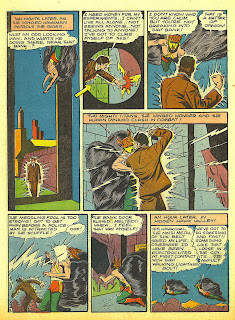 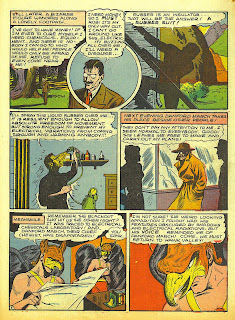 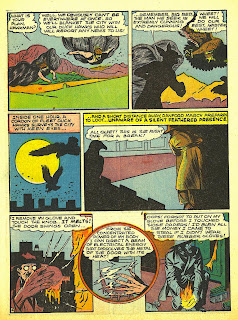 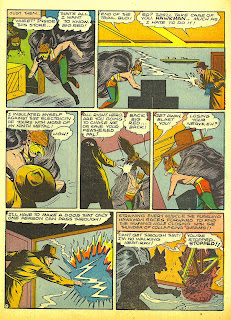 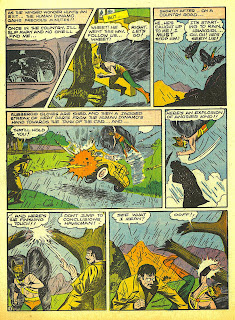 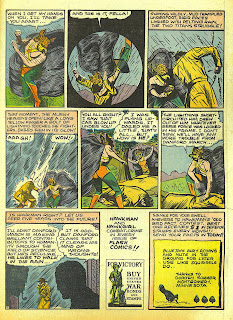