Yesterday, Pooh and I went looking for some bargains at one of our local thrift stores and a great used book store called Edward McKay Books. I experienced many wonderments, not the least of which was the crazy guy in the latter location having a conversation with himself very loudly about God, Jews, homos, and AIDS. I didn't hear an employee ask him to leave, so I assume he just left of his own accord, probably to spread his profound message somewhere else. Anyway, here's what I found: 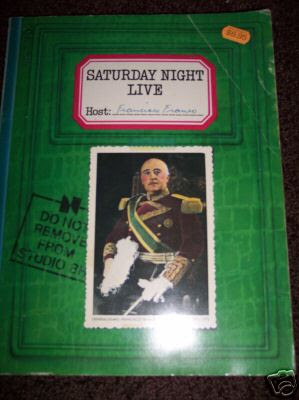 1. The first Saturday Night Live book, printed by Avon Books in 1977 and edited by Anne Beatts and John Head. It is a scrapbook of sorts, with all kinds of goodies on display, like original sketch scripts and handwritten notes from the likes of Andy Kaufman and Gilda Radner. Gilda's message reads, "In loving memory of John Belushi who can hit me without hurting me and who can hurt me without hitting me" and it's signed "Gilda Susan". My price: $2. 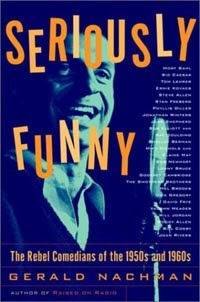 2. Seriously Funny: The Rebel Comedians of the 1950s and 1960s by Gerald Nachman looks to be a comprehensive and fascinating read. I've already increased my knowledge of the great Jean Shepherd by many percentage points. My price: $2. 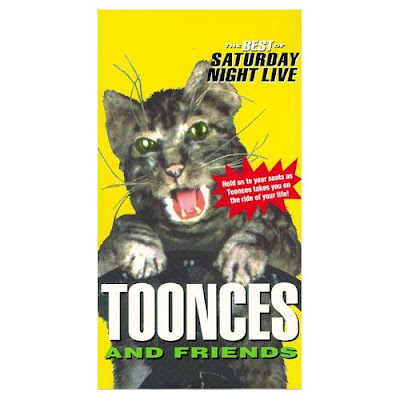 3. The Best of Saturday Night Live: Toonces And Friends is a 24 minute long video which I purchased after seeing the cast credits on the back. These sketches feature not only regulars like Phil Hartman ( doing a great Terminator-era "Ahnold" impression) and Dana Carvey, but also members of SCTV ( Joe Flaherty, Andrea Martin), Kids In The Hall (Dave Foley, Kevin McDonald), and even the Bob Odenkirk half of Bob and David. My price: $1.

4. Watching Beyond The Mind's Eye with 2009 eyes is a revelation. When this first appeared it was indeed cutting edge computer animation, and it offered glimpses of the kinds of visual information we process on an everyday basis in This Modern World. The Jan Hammer score isn't too shabby either. My price: $1.

Raised on Radio by Nachman is also great. Apparently he has a book on Ed Sullivan coming out soon.