Monday Funnies: The Captain & The Kids 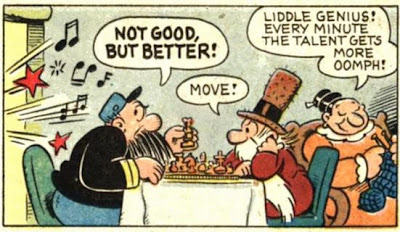 German immigrant Rudolph Dirks' The Katzenjammer Kids made it's debut on December 12, 1897, having been inspired by Wilhelm Busch's children's story of the 1860's, "Max And Moritz". After working on the popular strip for 15 years, Dirks wanted a break, but was refused that privilege by his bosses at the Hearst newspaper syndicate. Dirks split anyway, and was replaced by Harold Knerr. Dirks sued and, after a long litigation, Hearst was allowed to keep The Katzenjammer Kids and Dirks was allowed to start an almost identical strip for Hearst's rival, the Pulitzer newspaper syndicate. That strip was The Captain & The Kids, and it lasted until 1979. The example I'm sharing today is from Dell's Four Color #881 (February 1958) and it may have been drawn by Rudolph's' son, John Dirks. The writer of this story may have been Jack Mendelsohn, whose comic Jacky's Diary is much beloved around these here parts. 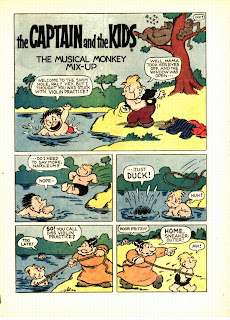 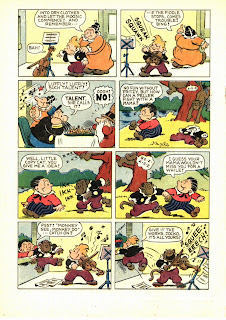 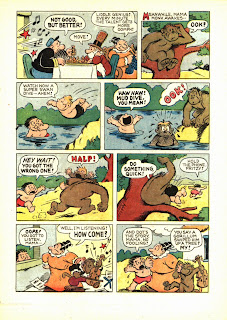 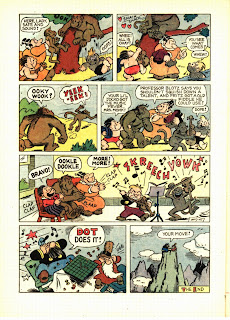