America, Land Of The Fear 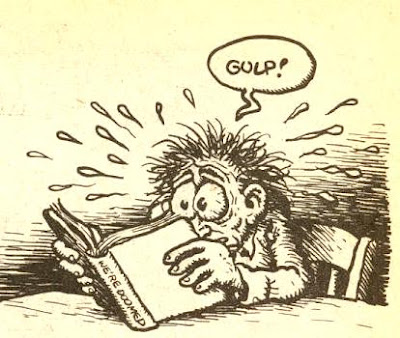 Crumb and his comix existed then, as they do today, on the fringes of American society. The average middle-class American was largely unaware of his existence, or if they were aware, considered him merely a peddler of pornographic filth. 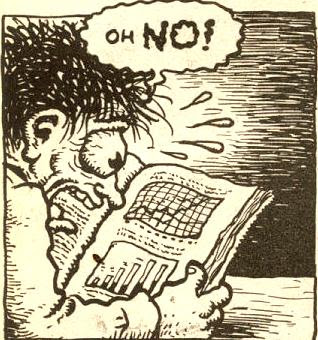 Robert Crumb certainly was obsessed with sex, and many of his strips reflected his predilections. However, what a few people realized was that his work often contained important truths, too. 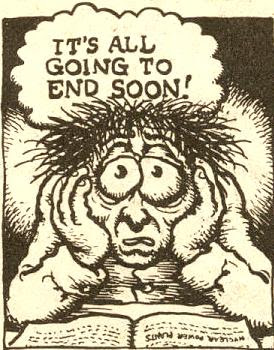 By the time this strip appeared, The Summer Of Love had been over for a good five years. The Peace Movement, though somewhat influential, had been reduced to a mass market merchandising tool. Hippies had seen the writing on the wall and, disillusioned by what they saw happening in society, by and large let their idealistic notions vanish into the ever-increasingly polluted air. The "Me" Decade was picking up steam. 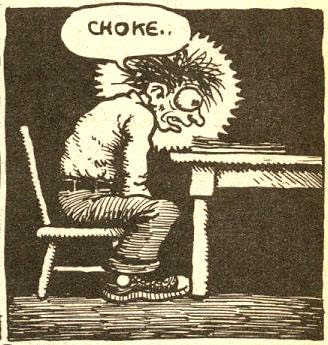 Robert Crumb, basking in the freedom of relative obscurity (compared to, say, Charles Schulz), was a gifted visionary free to express his innermost thoughts, desires, and fears. 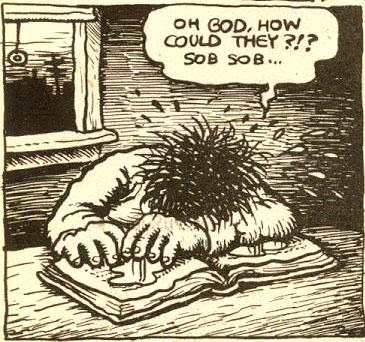 He viewed with complete clarity the disaster that was looming for America. The corruption of ethics. The futility of Vietnam, and war in general. The pollution of our air and water by greedy capitalists. The proliferation of nuclear weapons. The general apathy that was developing in Americans... 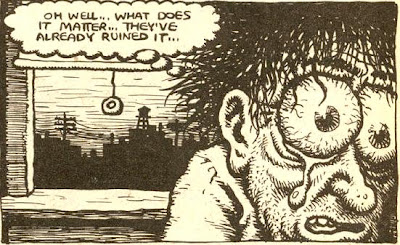 If only Crumb's important comics had not been kept on the fringes. Maybe they could have jolted Americans out of their tv-induced stupors. Maybe Americans could have banded together, put aside their cultural, religious, and generational differences long enough to keep a molehill from turning into a mountain. 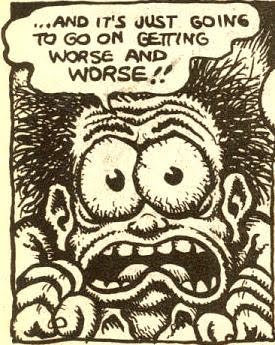 I am sometimes afraid of the future. I know I am not alone. I wonder what will become of me and my loved ones, especially my amazing daughters. They were born in a post-911 world, a world where fear comes in a thousand varieties. The biggest fear I have is that my girls will one day long for the "good ol' days" of the Naughties, as some are calling this first decade of the new millenium. How much worse could it get for these contentious and scandalous times to be thought back on with fond nostalgia? It could happen. 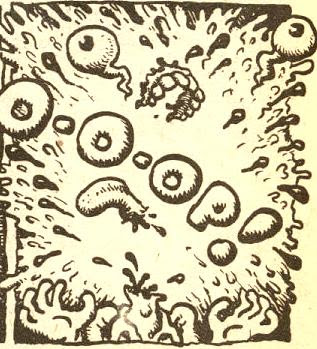 After all, Robert Crumb's vision of fear and despair preceded my birth by only a few months. I spent the first six and a half years of my life growing up in the 70's. Sheltered by my parents and my own blissful ignorance, America seemed to be a better place to live then. Nostalgia aside, it was better then, at least in some ways. I'll count them in my next post, but for now, let's all light some incense and mellow out on citizen Pat Connor's groovy 1973 Disneyworld home movie reels. It's a moment of zen to help us refocus our chakras, or something like that.

wow, blown away by this strip! might share it with some friends. i'll try and get them to visit your blog if they are interested. you can lead a horse to water but you can't make it drink.
peace