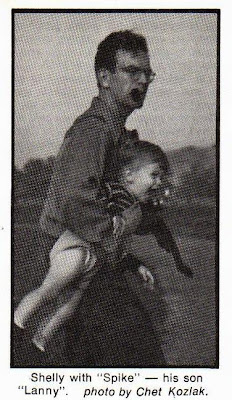 Perhaps the most memorable and enduring of all Sheldon Mayer's creations is the team of Sugar & Spike. In this excerpt from Amazing World Of DC Comics #5, Sheldon himself describes the germination of the concept of the strip:


(I needed a book) about kids...Human kids...to compete with the rash of "Dennis The Menace" imitations that were then flooding the market. I resisted all suggestions that it be another "Dennis" imitation! I remember saying, "When Ketchum dreamed up 'Dennis', he looked around him and found what he was looking for in his own kid. To that degree only, I WILL imitate Ketchum. I too will look around me and see what I come up with. But it won't be another 'Dennis' type. It'll be somebody else, with his own individuality. That way it'll have a better chance of survival when the 'Dennis' craze ends." Easier said than done...Ketchum had his little son...My kids were already entering their teens. I had to look elsewhere.
After observing and sketching the neighborhood kids for a day or two, every idea I had was just another "kid" strip. Nothing fresh seemed to show itself. Trying to recall what my own kids were like when they were smaller, I ran our old home-movies of them, working my way back thru the dozens of reels to the earliest shots we had of 'em. Merrily and Lanney were less than a year apart in age, so that there was a brief period during which neither of them had learned to talk yet. Watching them together as babies in their playpen (when Lanney was about 9 months old, and his sister about 10 months older) I observed that they seemed to be communicating with each other. On this silent film, you could swear they were having an involved conversation. And yet I KNEW that they had not been able to talk when I shot those films.