Scribbles: The Genius Of Sheldon Mayer - Part One 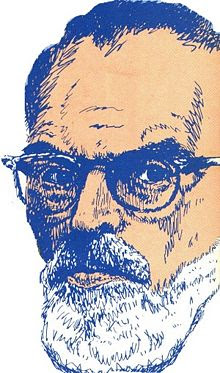 In the comics world, superhero creators have invariably gotten more respect than creators of non-superhero fare. Basil Wolverton is not as well known as Jack " King" Kirby, for example. John Stanley has quite a cult of admiring fans, but Steve Ditko, I'd wager, has more. I suppose it just stands to reason, given the prevalence of superhero comics in the first half century of the comic book industry's existence.
Of course, nowadays, many types of comics are celebrated on a more or less equal basis. Robert Crumb and Harvey Pekar both had movies made of their lives and work. I just finished reading The Best American Comics 2008, the latest installment in a yearly hardcover anthology series spotlighting modern comics' vanguard: people like Chris Ware, Seth, and Kaz. It's encouraging to see the popularity of non super-hero comics rise, but a little disheartening to think of all the creators whose names and work might be lost to time because they were toiling in genres that were not yet as popular as they were destined to become.
Sheldon Mayer will undoubtedly be remembered, but perhaps less for his contributions as a cartoonist and storyteller and more for being one of the earliest to realize the potential of that big blue boy scout, Superman. As the first editor of the All American Comics line, he was also there at the birthing of comics icons like The Flash , Green Lantern, Hawkman, and Wonder Woman. That alone would ensure him a place in the pantheon of legendary comics figures, but it is only half the story. Sheldon Mayer was also a genius creator of non-superhero comics. One of his early running features was a semi-autobiographical series about a boy cartoonist named Scribbly.
The following story is from the Dec-Jan 1948 issue of Scribbly ( #3). 1948 is the year, incidentally, that Sheldon Mayer retired from editing to devote himself to the cartooning arts. 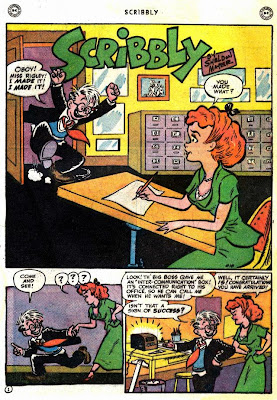 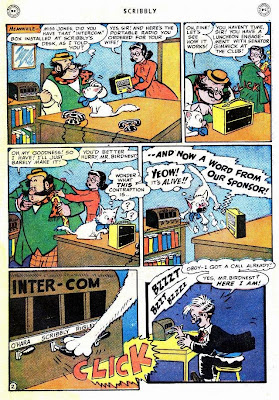 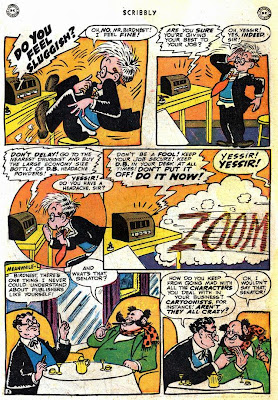 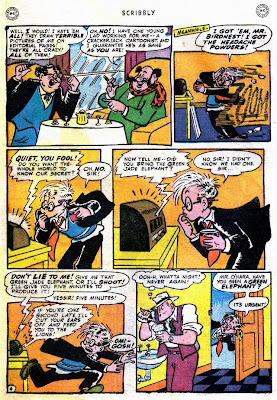 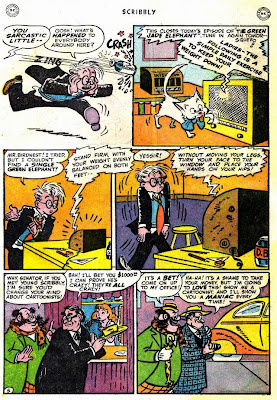 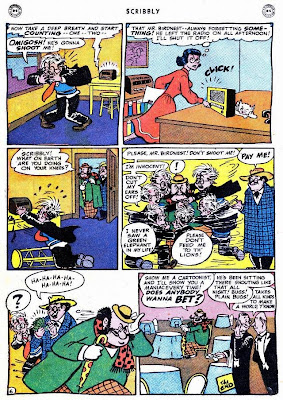