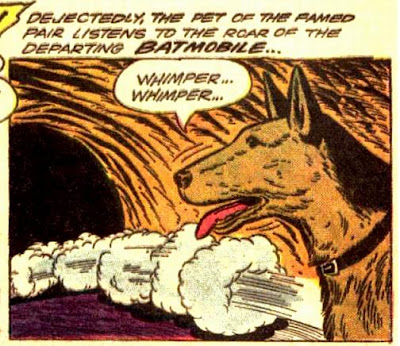 I'm really hooked on the new animated series Batman: The Brave And The Bold on Cartoon Network. It is to my mind the closest simulation of a DC Silver Age comic book that I have ever seen. DC Silver Age comics are my favorite comic books ever because they are bursting with imagination, action, and an ingredient that is very much lacking in today's super soap operas: FUN. Here is a 9-pager from Batman #158 (Sept. 1963). It's credited to Bob Kane, which probably means he had nothing to do with it.

Anonymous said...
This comment has been removed by a blog administrator.
November 21, 2009

Children of the Revolution