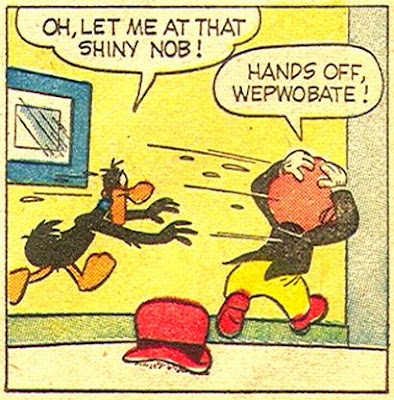 Yes, it's true. Elmer has a brother named Fuzzy Fudd, but only in Dell Comics' Four Color #1131 ( Sept-Nov 1960), so it doesn't really count. It's kind of like how one of Chuck Jones' disciplines for The Road Runner was that he never talks, but yet in the comics he not only talks but he says everything in rhyming meter. Why was there such a disconnect between the comics and the cartoons anyway? I mean I'm pretty sure someone in the coloring department could have taken a few minutes to verify that Daffy Duck's neck ring is not blue but white. Still, this is a pretty fun story, if only for the unintentional raciness of the panel I've posted above. 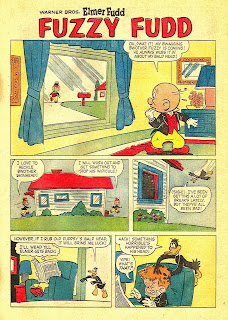 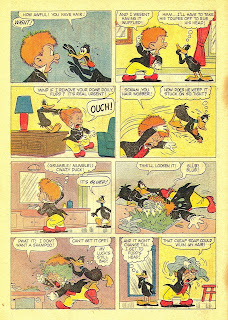 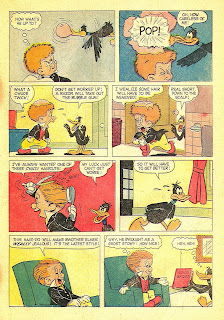 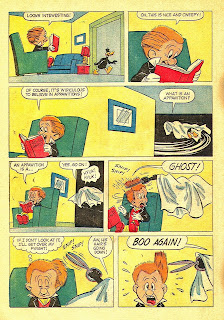 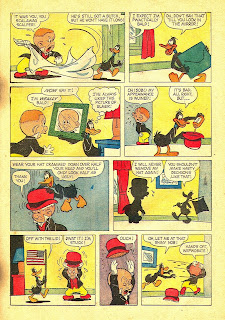 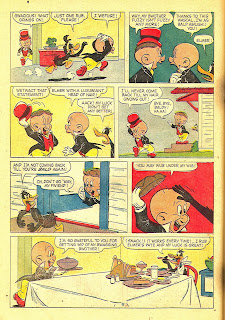 That is some serious WTF.