Tarzan Of The Cows 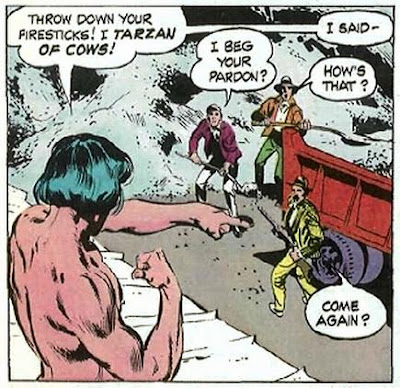 The meticulous nature of the original National Lampoon's brand of parody is well-evidenced in this hilarious take-off of "Tarzan Of The Apes" written by Mike O'Donoghue and drawn by Frank Springer, from the April, 1971 issue. It isn't just Tarzan that's being satirized here, it's comic books themselves, right down to the ads. Good stuff! 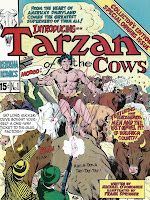 I don't know what got me thinking about this today after so many years but I went online to find it. Thanks for posting it.