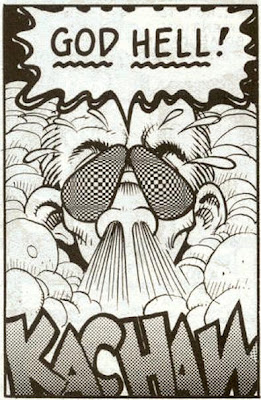 Spending a week in bed due to the flu was not much fun, but it did give me a chance to watch some movies and documentaries, such as Buy The Ticket, Take The Ride: Hunter S. Thompson On Film, a 2006 film directed by Tom Thurman which mainly focused on big screen adaptations of Thompson and his relationships with celebrities like Bill Murray, Johnny Depp, and Sean Penn.

In 1977, Kitchen Sink published a one-shot comic called Fear and Laughter, a tribute of sorts to Hunter featuring a veritable who's who of comic talent. The three examples I want to share with you were drawn by William Stout (with Bill Wray inks!), Dave "Rocketeer" Stevens, and Carol Lay.

Love or loathe him, Hunter S. Thompson personified what used to be a defining characteristic of Americans, a tolerance and respect for individualists and the unique and often-illuminating perspectives they brought to the table. Yeah, let's bring that back. 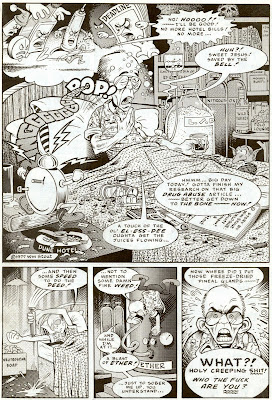 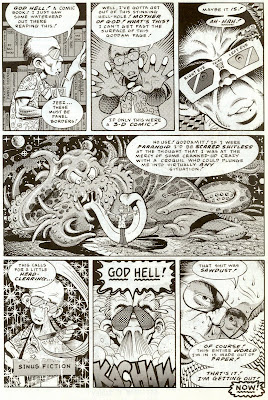 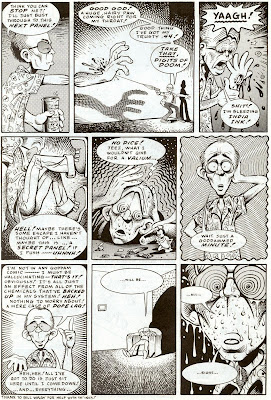 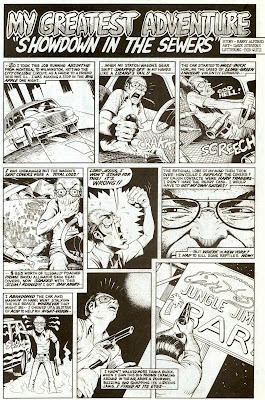 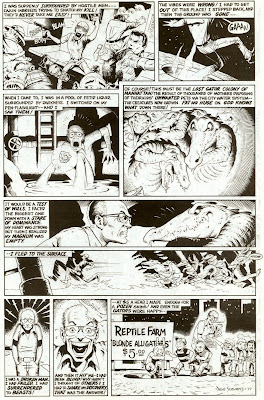 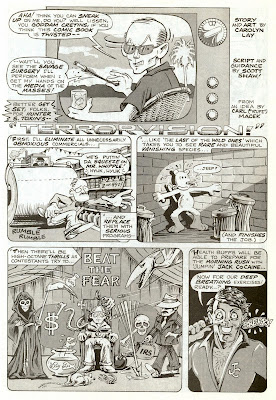 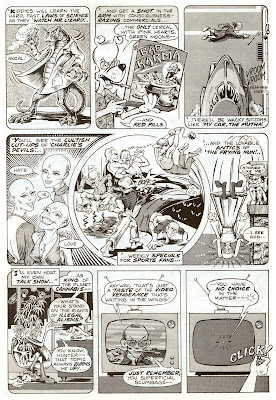 I'm glad that you consider this comic to feature "a veritable who's who of comic talent" since I'm the person who assembled the lineup. F&L also featured Rick Geary's first-published work, a John Pound story, Bob ("History Of Moosekind") Foster and a ton of stuff by Yours Truly...Scott Shaw!

William Stout has always been one of our most underrated comic book artists. His work rocks!

Excellent. I love Hunter S Thompson. Thanks for sharing. It's like a dry run for Transmetropolitan but different.

Cazart!!!!!! Funny Stuff. I especially enjoyed William Stout's. The other two were good too, though a bit suggestive in some parts(some of you might know what I'm referring too). Over all though, spot on job fellows, spot on.