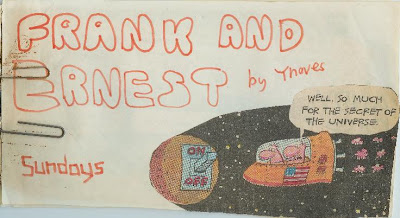 I just found this little collection of Bob Thaves' Frank And Ernest. I clipped from the newspaper when I was 12. I had to give up clipping Sunday Comics. I couldn't stand seeing the strips on the reverse side of the page being totally mutilated. The sight of a decapitated Andy Capp creeped me out.

One doesn't hear nearly enough in comic strip discussions about Frank and Ernest. It's good-natured brand of subversion was a welcome relief from "sitcom" strips like Beetle Bailey and Marmaduke in 1985, the year these particular strips appeared. I also liked how the characters occasionally would break the fourth wall.

Just for the record ( and according to several sources), F&E was the first panel cartoon presented in strip format, the first to present it's protagonists in an ever-changing array of forms, and the first to utilize digital coloring for it's Sunday edition. 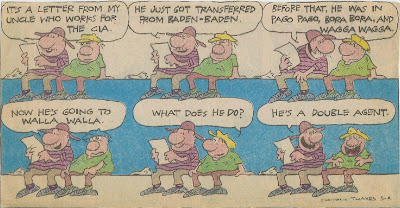 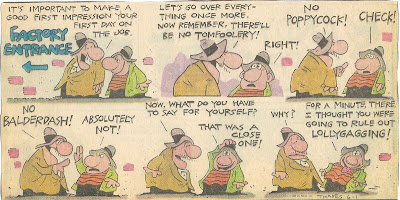 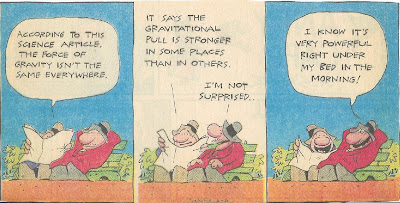 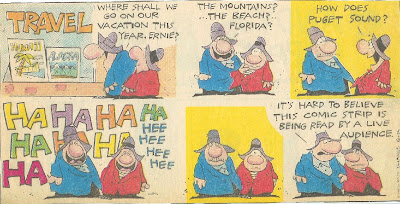 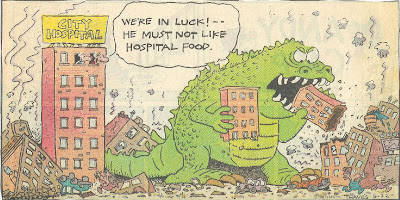 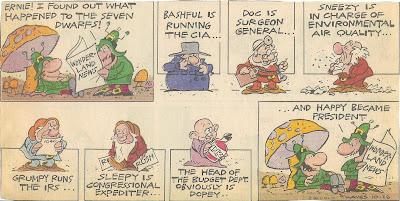 Although working without credit, Don Edwing now writes most of the gags for FRANK AND ERNEST. Don (CROAKERS) Dougherty draws (and occasionally write gags) for the strip.