An Incredible True Story From The Adventures of Captain Beefheart...

Unconditionally Guaranteed and Bluejeans & Moonbeams
In 1974, immediately after the recording of Unconditionally Guaranteed, which markedly continued the trend towards a more commercial sound heard on some of the Clear Spot tracks, the Magic Band's original members departed. Disgruntled and past members worked together for a period, gigging at Blue Lake and putting together their own ideas and demos, with John French earmarked as the vocalist. These concepts eventually coalesced around the core of Art Tripp III, Harkleroad and Boston, with the formation of Mallard, helped by finance and UK recording facilities from Jethro Tull's Ian Anderson. Some of French's compositions were used in the band's work, but the group's singer was Sam Galpin and the role of keyboardist was eventually taken by John Thomas, who had shared a house with French in Eureka at the time. At this time Vliet attempted to recruit both French and Harkleroad as producers for his next album, but his pleas fell on deaf ears. Andy Di Martino produced both of these Virgin label albums.

Vliet was forced to quickly form a new Magic Band to complete support-tour dates, with musicians who had no experience with his music and in fact had never heard it. Having no knowledge of the previous Magic Band style, they simply improvised what they thought would go with each song, playing much slicker versions that have been described as "bar band" versions of Beefheart songs. A review described this incarnation of the Magic Band as the "Tragic Band," a term that has stuck over the years. Mike Barnes said that the description of the new band "grooving along pleasantly," was "...an appropriately banal description of the music of a man who only a few years ago composed with the expressed intent of shaking listeners out of their torpor." The one album they recorded, Bluejeans & Moonbeams (1974) has, like its predecessor, a completely different, almost soft rock sound from any other Beefheart record. Neither was well received; drummer Art Tripp recalled that when he and the original Magic Band listened to Unconditionally Guaranteed, they "...were horrified. As we listened, it was as though each song was worse than the one which preceded it." Beefheart later disowned both albums, calling them "horrible and vulgar," asking that they not be considered part of his musical output and urging fans who bought them to "take copies back for a refund.


And yet... there is something oddly poignant about the song "Bluejeans and Moonbeams," which I just heard for the first time today. The soft rock backing, paired with Beefheart's world weary vocal, is like a soothing washcloth on a fevered brow. Maybe there's a reason Van Vliet chose this as the title track...

Frontier Cabin: "That's No Way To Run A Railroad!"

Last summer, I decided to begin recording some of my original music and to share it publicly. My ambitious goal was to record a double album's worth of songs, generate a buzz through social media and indie radio stations, and maybe sell a few copies on CDBaby. This undertaking brought me much insight and has helped me to see further down the road that stretches out before me.

The most important thing I learned is that the quality of the production is at least as important as the song itself. I've been hearing this for years, but I've stubbornly refused to believe it. Sending my songs out into the world badly produced now feels to me a little like sending my children off to school wearing potato sacks.

My current home studio set-up is, in a word, laughable. I have Magix Music Maker software. It's not the first name in music software, but it actually is not that bad, except when it crashes. My keyboard is a Yamaha-P200. It has some nice piano and electric piano sounds, but it does require some maintenance. I've taken keys from the top end to replace broken or sticky keys in the bottom and middle. The action is not what it used to be, but it's not ready for the dump by any means.

My recording methods, on the other hand, have been pretty shabby. To properly record my keyboards and vocals, what I should have done was run my keyboards and microphone through something like this, the first item on my "Building A Better Studio ( On a Budget)" shopping list : 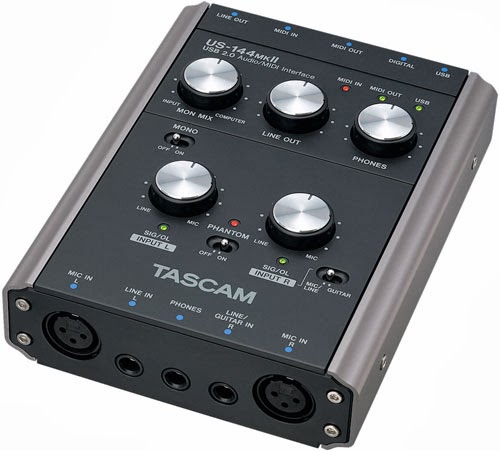 This is the Tascam US144MKII, an audio interface that retails for about $120. It will enable me to patch my mic and keyboard directly into my pc for optimal sound quality and zero latency (hopefully).

Instead of using this handy dandy gizmo, I was recording my vocals and keyboards using a standard run-of-the-mill pc mic. Not even a good pc mic. Instead, I should have been using a dynamic vocal mic like the one I use four night a week, singing for a living. I was too intimidated by my lack of knowledge about audio interfaces, so I opted for the easy plug and play pc mic, and the headaches of latency and unwanted distortion. Along with a decent mic, I'll also need a pop filter, like this one: 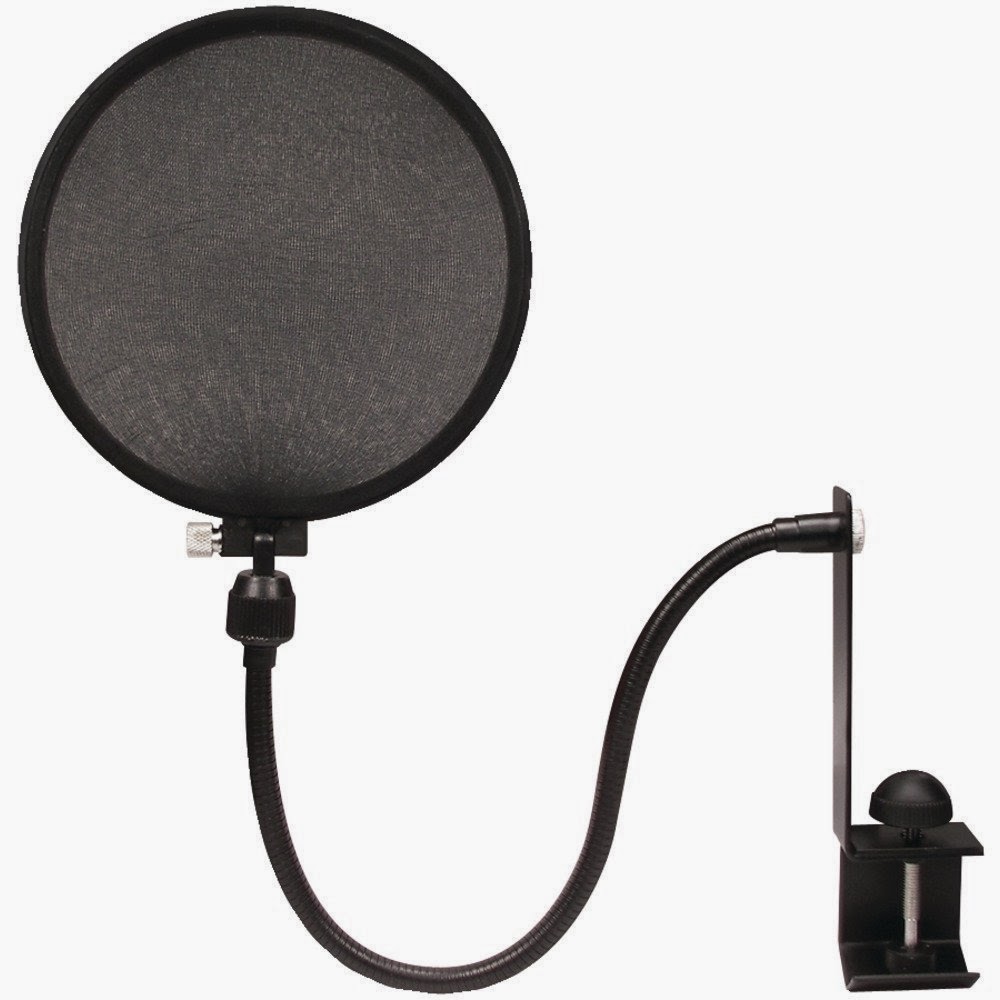 Aside from cables, there is one more thing I need to make more beautiful music. A wider range of instruments. Time for some Virtual Studio Technology, or VST. As I understand it, with certain software, I'll be able to play many different sounds through my keyboard, which will act as a midi controller. Just the word "midi" scares me, as I'm sure you realize by now that I am not very technically inclined. However, I must jump over that hurdle to reach my goals. I've looked at several VST packs. This one intrigues me a lot: 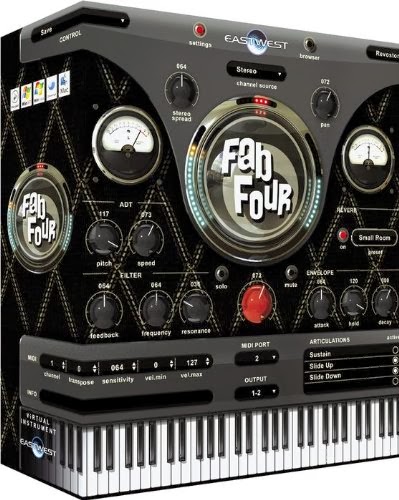 This is Fab Four, a collection of instrument sounds made popular by, you guessed it, The Beatles. The possibility of recording my music using Hofner and Rickenbacker basses, Fender Stratocasters, and maybe even a well-placed Mellotron is simply too tantalizing to pass up. Over the past few years, my style has become increasingly more baroque, and I think these instruments would complement my ideas very well. VSTs are not cheap however. I haven't seen this for less than $250, and my piggy bank is empty right now.

It looks like $700 will complete my basic setup. The only other challenge is the fact that I live in an apartment. I find it easy to sing other people's songs in a live venue, but I feel a little stifled singing my own songs with other people living so close. I'm afraid this has led my vocals to not sound as good as I'd like them to sound. I probably will have to invest in some soundproofing so that I can sing with confidence and still maintain my "good neighbor" status.

My wife and I are moving to another apartment complex next month, so the plan is to get moved in, and hopefully have the home studio funds saved by March or April.  I might set up a PayPal donation button in case anyone out there would like to lend a hand.

In the meantime, I will be writing more songs, finishing lyrics to other songs, rehearsing completed songs, and continuing to perfect my engineering abilities. I have quite a few odds and ends to share, too. Song sketches, instrumental tracks, production exercises, that sort of thing.

In December, as a production exercise, I assembled two songs using only premade loops and samples. One of them is called "Papagayo." The name popped in my head and when I looked it up to see if it was actually a word, I found that it was! In Spanish, papagayo is a word used meaning either "parrot" or "kite." I "borrowed" some kite footage from YouTube and made a video to complement the music. It's my New Year's present to you!

As a reminder, Frontier Cabin has a Facebook page. Some things will only be shared there. A "like" would be very much appreciated! If I get 100 likes, I'll share my infamous "Waffle House Willie" song. Well, it's not infamous. But it should be.


Nothing Up His Sleeve... Netflix is currently streaming the documentary Deceptive Practice: The Mysteries and Mentors of Ricky Jay. The world famous magician pays homage to many of his teachers while summarizing his own showbiz journey. Who doesn't love a good card trick? 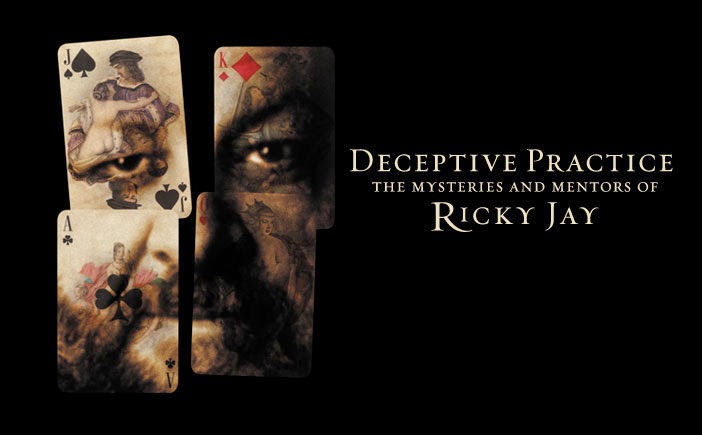 Southern Fried Anglophiles. When I was 16, I chanced upon the Big Star two-fer #1 Record/ Radio City in a pawn shop, and it was love at first listen. Big Star: Nothing Can Hurt Me is a fascinating story of a band that made transcendent music, but ultimately failed to live up to their moniker in any commercial sense. Netflix it.


Na Na Na Na Na Na Na Na. Holy Newsflash, Batman! The complete Batman TV series, in all it's campy glory, is FINALLY coming to dvd this year! If only one Bat-Fan comes across this news first here at Easily Mused, my day will be officially made. I may Batusi, once the Bat-Shock wears off. 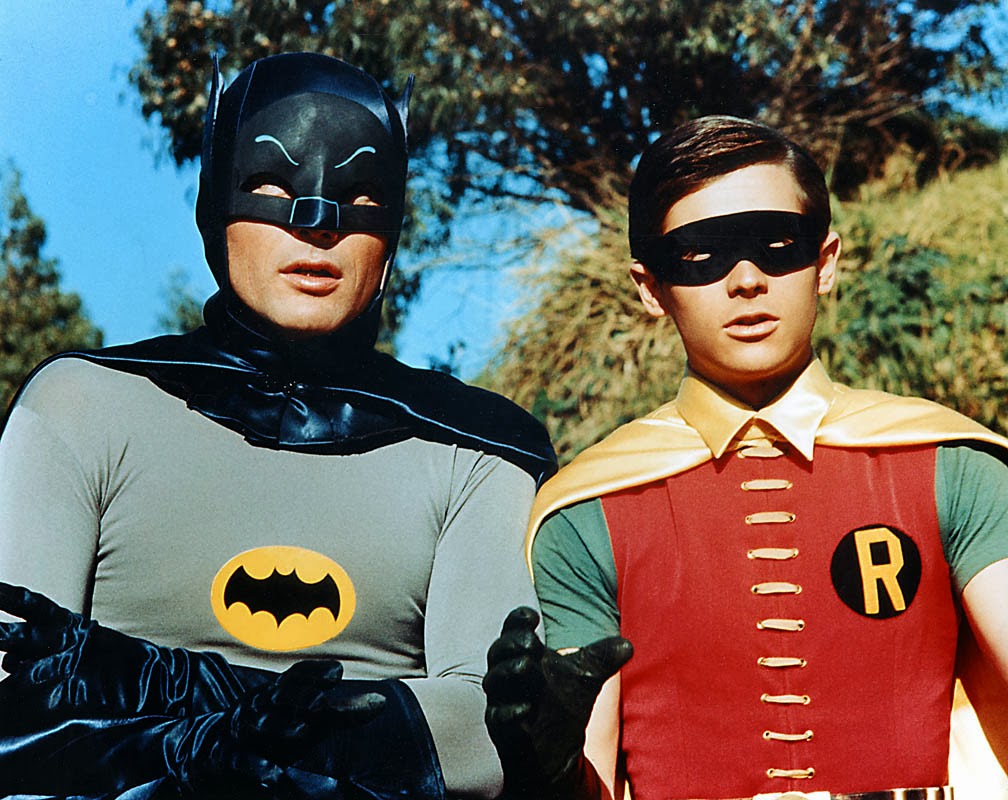 Ol' Flu Eyes Is Back!

The word "flu" sounds so much worse than the word "cold." If I have a cold, it barely seems worth mentioning. If someone asks me if I'm sick, I'll do a little shoulder shrug. "Ehhh," I'll say, with the nonchalance of my personal role model Bugs Bunny, "it's just a little cold, Doc." Most colds are little. Did you ever hear someone say they had a big cold? "I wanted to attend your party, Edna, but I had a humongous cold."

People catch colds. Sounds a little bit like a friendly game of basketball. "Hey! Throw that cold over here! I'm open! I'm open!" People don't catch the flu. They just get it, and they have it, and that's it. And it's always The Flu. Like The Plague, or The Holocaust, or The Titanic. When someone tells me they have The Flu, I start thinking of how to back away from that person without seeming rude. And it's not easy formulating an escape plan when your mind is suddenly inundated with visions of floating skulls, feral rats, and witch burnings.

The Flu I currently have tricked me into thinking it was just a cold for about two weeks. I didn't have much of a fever for much of the time, though it has recently returned. Being sick has kept me from doing a number of things, including blogging. Hopefully, I'm in the home stretch.

Up Next: Toppermost #2
Posted by John Glenn Taylor No comments:
Email ThisBlogThis!Share to TwitterShare to FacebookShare to Pinterest 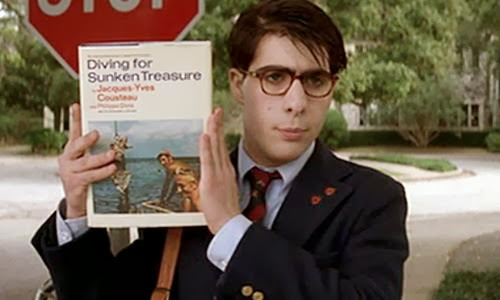 Snowman
Walking in the air 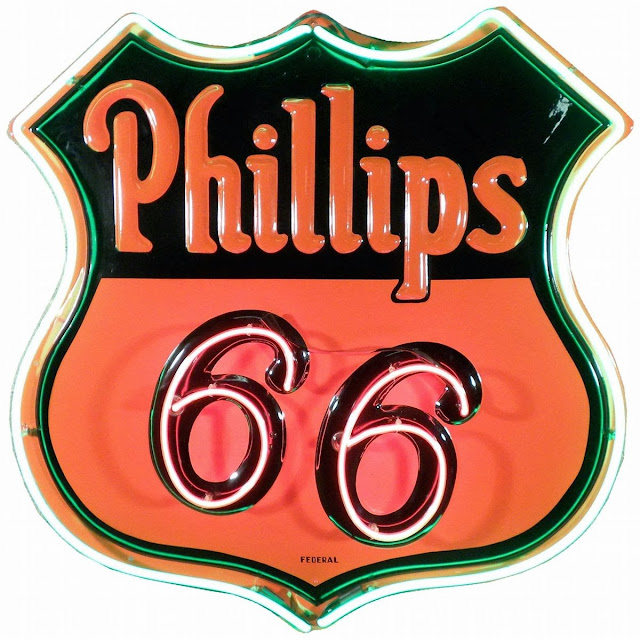 Get your kicks on 66 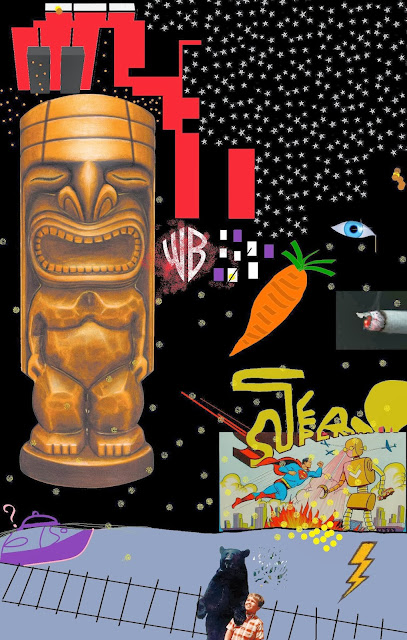