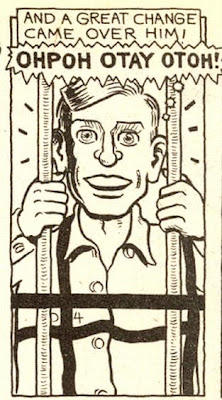 It's funny the connections that one misses. I recently paid a visit to Foundation's Edge, one of the many fine comic stores here in the Raleigh area, on the hunt for some issues of Alter Ego and Back Issue that had eluded me ( You rock Twomorrows!). I also picked up a few issues of The Comics Journal, one of which (#292) featured a fascinating look at the history of the Deitch family, written by Gary Groth. It had never occurred to me that Kim Deitch, the pioneering underground comic creator, was the son of Gene Deitch, animation legend. Definitely a "D'oh!" moment. I gots me a heap o' learnin' to do.

Here is an example of Kim's unique and appealing style, as it appeared in Insect Fear #3 (March 1973, Print Mint). 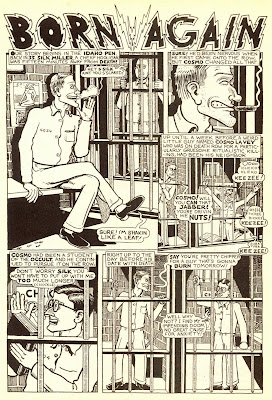 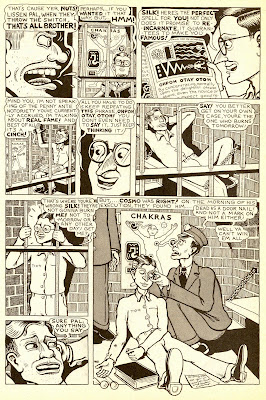 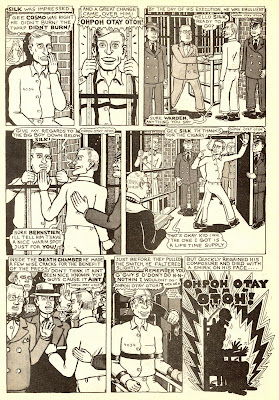 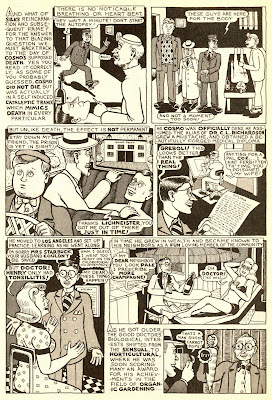 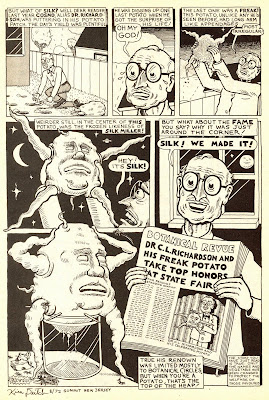 Kim Deitch's fascination with the history of animation, as in The Boulevard of Broken Dreams, is surely a result of Gene being his father.