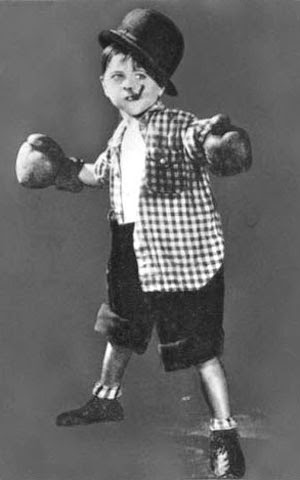 Tributes are abounding in the wake of the passing of legendary actor Mickey Rooney. However, there is one interesting detail that most of the obituaries have failed to mention, a stunning coincidence that is as poetic as it is unlikely.

In San Francisco, there is an organization called The National Film Preservation Fund. By their estimate, about 80% of all films made in the first few decades of the motion picture industry have been lost, at least in the United States. Overseas, some of these "lost" films have survived in highly flammable nitrate distribution prints, thanks to the passionate efforts of collectors.

Just last week, an announcement was made by the NFPF, in partnership with the EYE Filmmuseum of Amsterdam, that dozens of these lost films had been unearthed and were scheduled for restoration. One of the rarest finds? A 1927 short, Mickey's Circus, featuring a six year old youngster named Mickey Rooney...in his very first starring role!