Take An Audio Tour Through A Sixties-Era Amusement Park 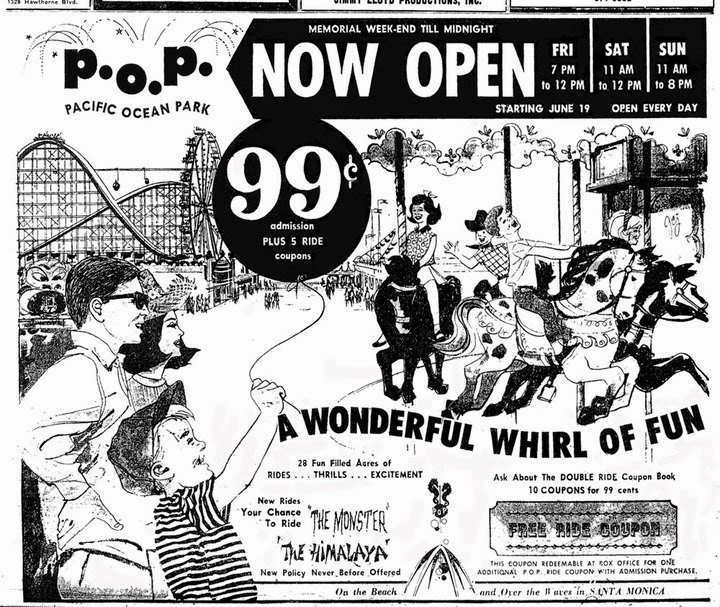 Though I was born in 1973, I state with no hesitation that the sixties is my favorite decade. Although there was a great deal of strife in America during that tumultuous decade, it was also an era alive with possibilities, boundless culural creativity and a desire for genuine positive change.

Artifacts from that period seem to contain a particular magic and here's a neat, maybe even groovy, one: sounds from Santa Monica's Pacific Ocean Park, an amusement park that opened in 1958 and closed in 1967.

Thanks to Domenic Priore for the link. By the way, Domenic and Christopher Merritt wrote a wonderful photo-filled book about Pacific Ocean Park which contains a foreword from Brian Wilson.
Posted by John Glenn Taylor
Email ThisBlogThis!Share to TwitterShare to FacebookShare to Pinterest