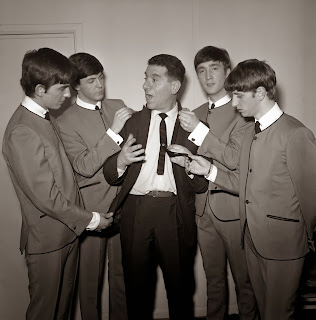 Ask any Beatles fan to name the quartet's first appearance on American television and you are likely to be told that it was on the February 9, 1964 edition of The Ed Sullivan Show. However, archivists at the Library of Congress have unearthed an audio-only recording of the November 18, 1963 episode of NBC's Huntley-Brinkley Report which aired a feature on Beatlemania, as reported by Edwin Newman. Go listen!
Posted by John Glenn Taylor
Email ThisBlogThis!Share to TwitterShare to FacebookShare to Pinterest