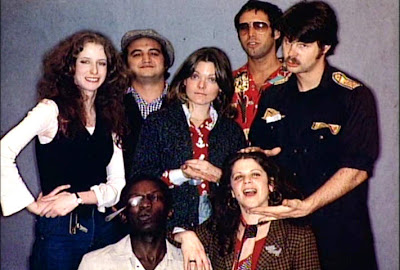 So you say you've put off buying those SNL box sets because the prices were a bit exorbitant for your budget? Don't despair. Just spotted at Target: the first four seasons of this groundbreaking sketch comedy series for the unbelievable low price of $16.99. I have no idea how long this price is valid.

By the way, the Super Target near my home also has exclusive two season packages of classic shows like Bewitched, Hogan's Heroes, Night Court, Alf, In Living Color, The Brady Bunch, and The Greatest American Hero for $20. That's $10 a season set! It's pandelirium!
Posted by John Glenn Taylor
Email ThisBlogThis!Share to TwitterShare to FacebookShare to Pinterest