Something Smurphy This Way Comes 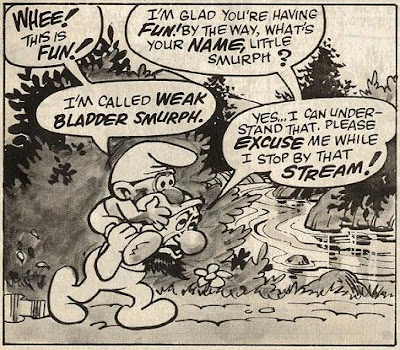 Crazy Magazine #94 (Apr. 1983) was the last issue of Marvel's answer to Mad, and believe me, it's cancellation was a shocking blow to a ten year old. Crazy had undergone many editorial changes in it's history. I liked the last permutation best, with features like "Teen Hulk," "Fantasy/Reality," and "Retread Funnies," which featured recaptioned versions of Marvel's superhero comics. Also, it was pretty clear that in a mascot fight, Obnoxio The Clown would have mopped the floor with Alfred E. Newman and Sylvester P. Smythe.

In that memorable last issue, Stu Schwartzberg and Marie Severin cranked out an edgy parody of the hugely popular Smurfs cartoon called "The Smurphs". Stu obviously had a lot of fun coming up with "Smurph" names and "Mirthful" Marie is in top satirical form here. I bet this was the only time in her career that she had to illustrate a cat getting slammed into a tree. 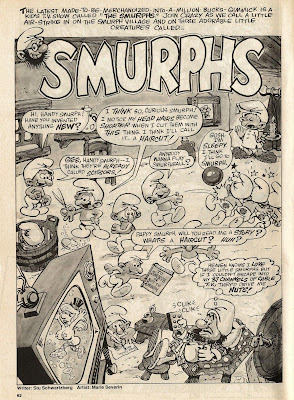 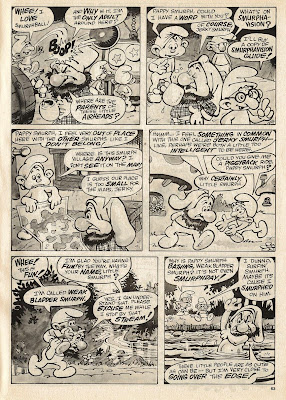 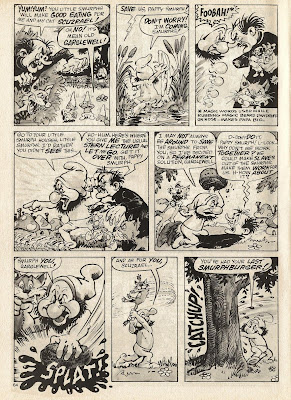 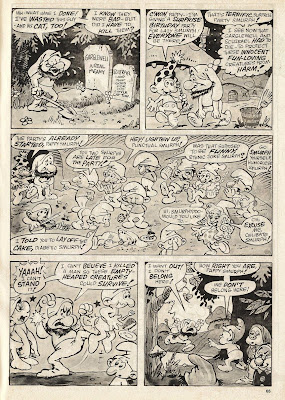 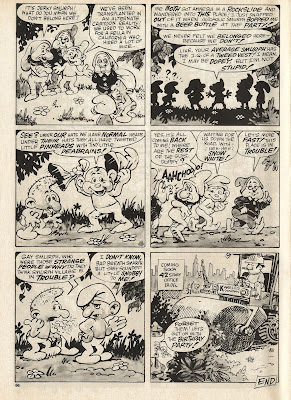 This was the first issue I ever got. Sadly, it was also my last.

BUT I LOVED THE SMURPHS! I still quote it to this day.