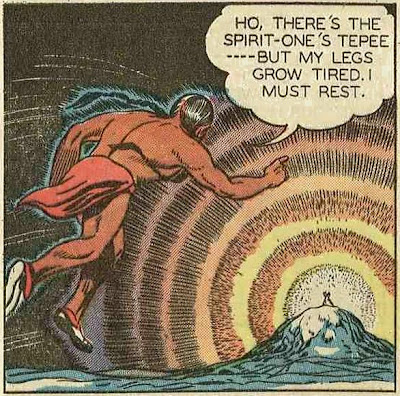 Jimmy Thompson's work on the Golden Age feature "Robotman" has drawn a lot of praise from comic art afficianados over the years, and it's easy to see why. Check out the stunning details in this four-pager called "Indian Lore," found in Magic Comics #22 (May 1941, David McKay). Thompson would begin his tenure on "Robotman" two years later, in 1943. 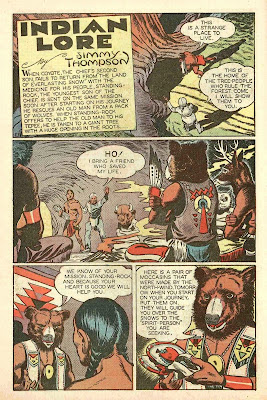 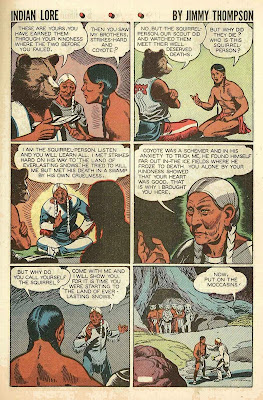 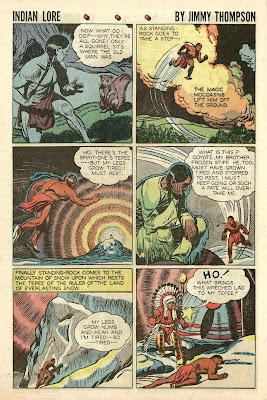 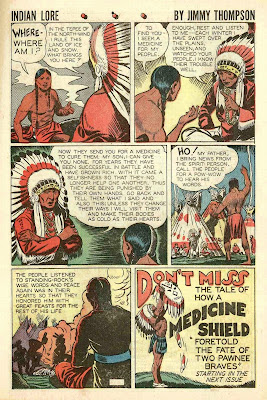