Searching for answers in the aftermath of The Great Late Night Debacle... 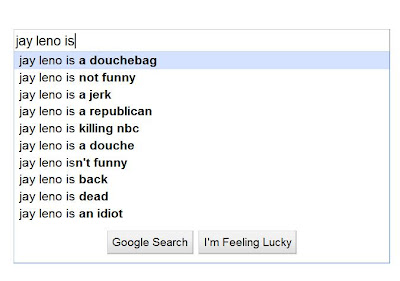 Internet users seem to be a little put off by Jay right now. Some think he is literally "killing" NBC (yikes!). 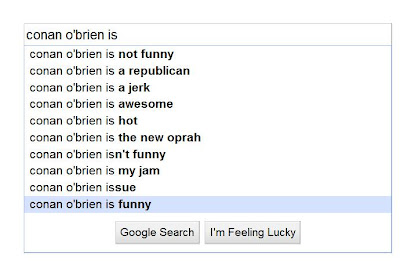 Conan is doing a little bit better. Apparently, he is someone's "jam", as well as "the new Oprah." 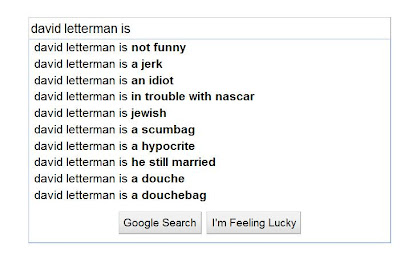 David Letterman, who played the role of gleeful spectator in the recent late night fracas, is less of a "douchebag" than Jay, but he better stay away from Nascar for a while. 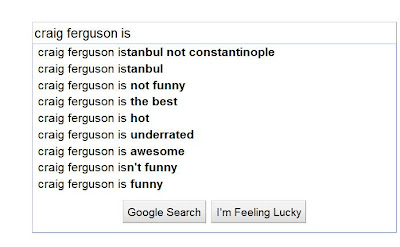 Maybe the real winner in all of this is Craig Ferguson, an "underrated", "awesome,"" hot," and "funny" guy, by and large. 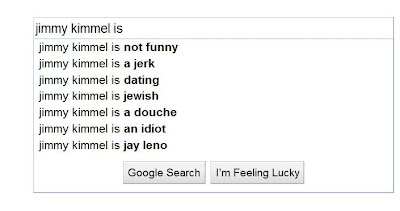 Jimmy Kimmel's looming problem may be that some people think he is "Jay Leno." Opinions surely must be more favorable of Oprah Winfrey, the daytime host everyone loves, right? 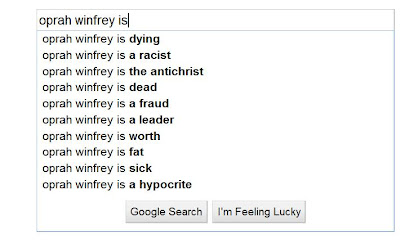 Surpisingly, no. Oprah? "Antichrist"? Really? I did not know that. Weird wild stuff. Hiii-ooooooo!
Posted by John Glenn Taylor
Email ThisBlogThis!Share to TwitterShare to FacebookShare to Pinterest